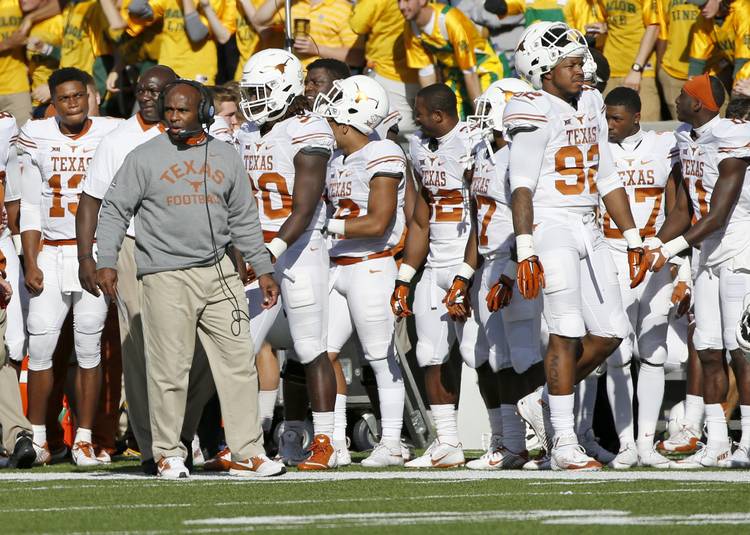 Euless Trinity defensive tackle Chris Daniels, a four-star prospect once committed to Oklahoma, announced on Wednesday he is signing with Texas.

Daniels (6-4, 299 pounds) first got a UT scholarship offer on Dec. 17, but neither Daniels nor his family seemed all that impressed. The player considered the 27th-best overall prospect in Texas committed to Oklahoma the next day.

“I know it’s late but Proud to say I just got offered by UT,” Daniels tweeted the day he received an offer.

Daniels’ father then tweeted, “Wow so the day before my son is set to commit, more schools claim they want him #TexasLonghorns what took u so long?”

Texas coach Charlie Strong is known for slow-playing the entire recruiting process and only offering scholarships after watching a recruit’s senior game film.

Still, the Horns never gave up. Daniels ultimately visited the UT campus on Jan. 15. Five days later, Daniels announced he was backing away from Oklahoma.

Defensive tackle is a huge need for the Longhorns. Strong and his assistants are watching to see if several other prospects sign with UT on Wednesday, including D’Andre Christmas Giles and Jordan Elliott.