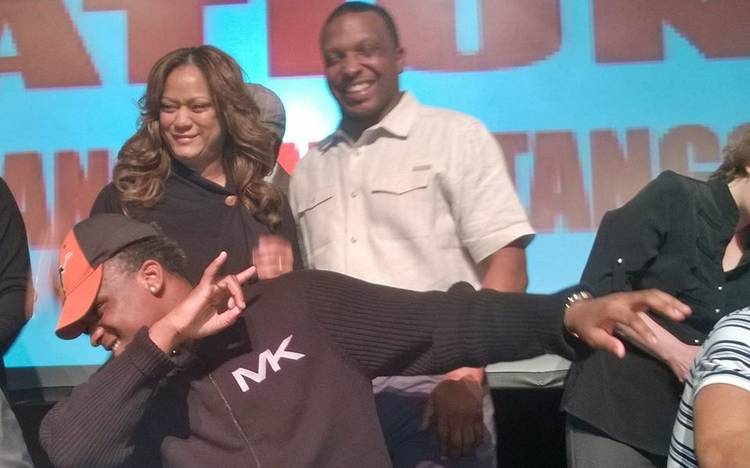 The huge signing day Texas was hoping for happened.

After picking up two commitments on Tuesday, the Longhorns added six more on Wednesday to sneak into the top 10 nationally of every major recruiting service.

Yet, the day is not over. Already with 23 pledges, Texas is hoping to add one more when Houston Westside defensive tackle Jordan Elliott makes his announcement at 1 p.m. Elliott, the No. 10 player in the American-Statesman’s Fab 55, is believed to be leaning toward Texas.

7:15 a.m. — The morning gets started with 2017 QB commit Sam Ehlinger telling the American-Statesman he will enroll early at Texas next year.

7:50 a.m. — Silsbee guard Patrick Hudson signs his letter of intent with Baylor. Texas made a strong push, but in the end Hudson stuck with his first love.

8:30 a.m. — Nacogdoches safety Brandon Jones, a five-star prospect in some rankings, picks Texas on ESPNU over Texas A&M and Baylor.

8:40 a.m. — Manvel safety skydives to announce he’s signing with Ole Miss. Texas was in the mix but never considered the favorite.

8:50 a.m. — Texas’ dogged pursuit of Manor’s Erick Fowler paid off when Fowler announced he was flipping from LSU and signing with the Longhorns. Spectators at Manor went crazy in celebration, but perhaps none more so than Fowler’s family who he said did not previously know which school he was going to pick.

Texas held onto the 17 pledges it had coming into the day and can celebrate a top 10 class for the second year in a row.

Thus far, Texas has signed 10 members of the Fab 55. Elliott is the only Fab 55 member who has yet to announce his decision. Other signing day tidbits include No. 18 Tyrie Cleveland (Spring Westfield) flipping to Florida from Houston, No. 25 Quartney Davis (Langham Creek) picking Texas A&M, and No. 33 Jared Mayden (Sachse) signing with Alabama over Oklahoma.