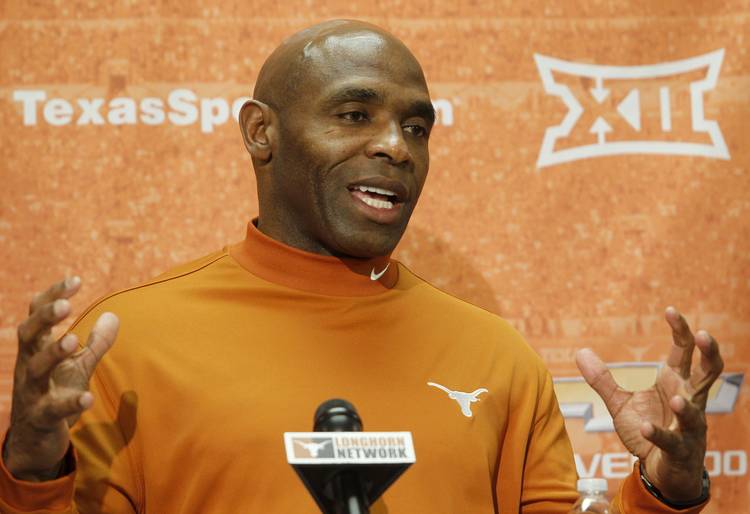 As any good Longhorn knows, this was not Strong’s first dabble in dabbin’. SBNation helpfully compiled an illustrated history of the coach’s propensity to bust out the dance move in key recruiting moments. It all started with an effort to win over then-Euless Trinity defensive tackle Chris Daniels and a rather sloppy effort from Strong. After a few more attempts documented on social media and some tutoring from his daughter, Hope, Texas’ coach refined his technique to the glorious dab/Hook ‘Em hybrid that fans saw this week.

We like the spirit, coach. But don’t run it into the ground, y’know?