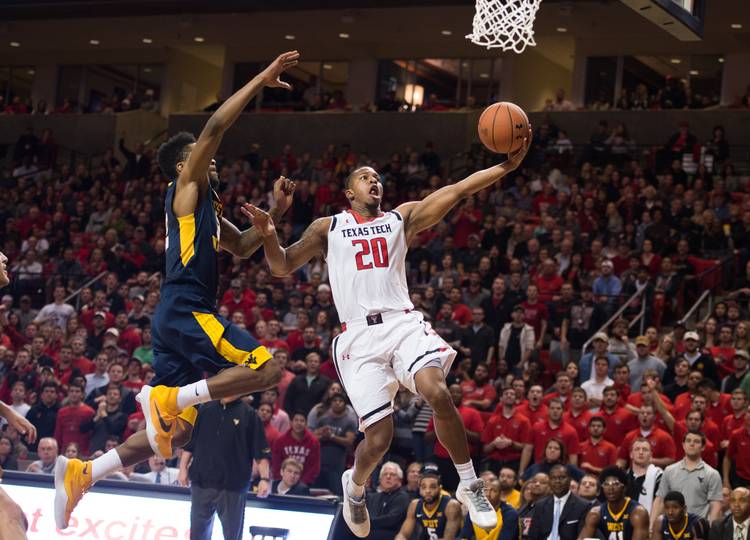 Texas Tech's Toddrick Gotcher goes to the basket during the first half against the West Virginia Mountaineers on January 23, 2016 at United Supermarkets Arena in Lubbock, Texas. (Photo by John Weast/Getty Images)

Series history: Texas leads the all-time series, 82-55. UT guard Isaiah Taylor scored a career-high 35 points when the two teams met in Lubbock on Jan. 2. But the Red Raiders hit 27 of 30 free throws and captured an 82-74 win.

About the Longhorns: Texas must be considered one of the hottest teams in the Big 12 at the moment, having won six of its last seven games. During that stretch, the Horns are shooting 43.6 percent while opponents are shooting just 39.3. UT has also been more disciplined with the basketball, averaging 8.4 turnovers to opponents’ 11.3. … F Connor Lammert sure knows when to have big games. He was 5 for 7 from 3-point range against Kansas. He was 3 for 4 last Monday against Baylor. … C Prince Ibeh has blocked at least five shots in three of the last four games. He now ranks fourth on the school’s all-time blocks list with 193. Connor Atchley had 189 from 2006-09.

About the Red Raiders: Since beating Texas to open Big 12 play, Tech has struggled to find any traction. The team’s third league win came Wednesday when Devaugntah Williams scored with a half-second left against Oklahoma State. His only bucket of the night lifted the Red Raiders to a 63-61 victory. “This will certainly help his psyche, and it helped the team,” Tech coach Tubby Smith said. … G Toddrick Gotcher has cooled off since his hot start from 3-point range. He buried four 3-pointers against Texas but has been getting only one or two in most games since. He did have four treys against OSU. … Norense Odiase has slumped of late, scoring just 12 points in the last three games.