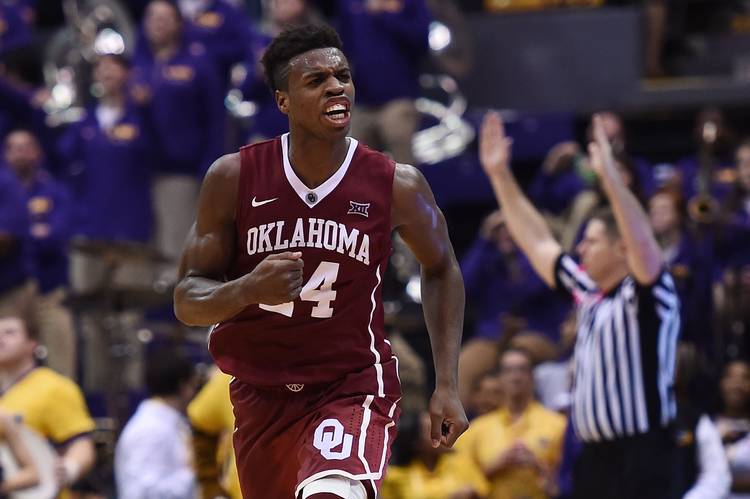 Oklahoma guard Buddy Hield reacts to a 3-point shot late in the second half of a game against the LSU Tigers at the Pete Maravich Assembly Center on January 30, 2016 in Baton Rouge, Louisiana. Oklahoma defeated LSU 77-75. (Photo by Stacy Revere/Getty Images)

Series history: Oklahoma leads the all-times series, 52-35. The Sooners have won five of the last six in the series, including a 71-69 decision when the two teams last met on Feb. 17, 2015. The Longhorns have not won in Norman since 2012.

About the Longhorns: Coach Shaka Smart’s team has quietly built a solid resume on defense. The Horns are No. 1 in points allowed (65.4) and opposing field-goal percentage (.402) through 10 conference games. Texas also has the best defense against opposing 3-point shooters (.302) in the Big 12. … G Isaiah Taylor has dished out 17 assists in the last two games, his best back-to-back performance since getting 18 assists against Baylor and Iowa State as a freshman. … Smart chalked up C Prince Ibeh’s off night against Texas Tech as nothing more than the result of foul trouble. Ibeh had no points, no shots, one rebound and four fouls in 13 minutes.

About the Sooners: There wasn’t anything magical about Kansas State’s upset of No. 1 Oklahoma on Saturday. The Wildcats shot 52.9 percent from the floor while the Sooners had a bad day shooting themselves. Buddy Hield, Isaiah Cousins and Jordan Woodard were 5 for 17 combined from beyond the arc. … F Ryan Spangler had a double-double with 14 points and 10 rebounds in 37 minutes. During the preseason, Spangler said he “loves to wrestle” down low. Spangler and Baylor’s Rico Gathers are battling each other for the season rebounding title. … The Sooners are averaging 7.2 blocks per game in Big 12 play, tops in the league.