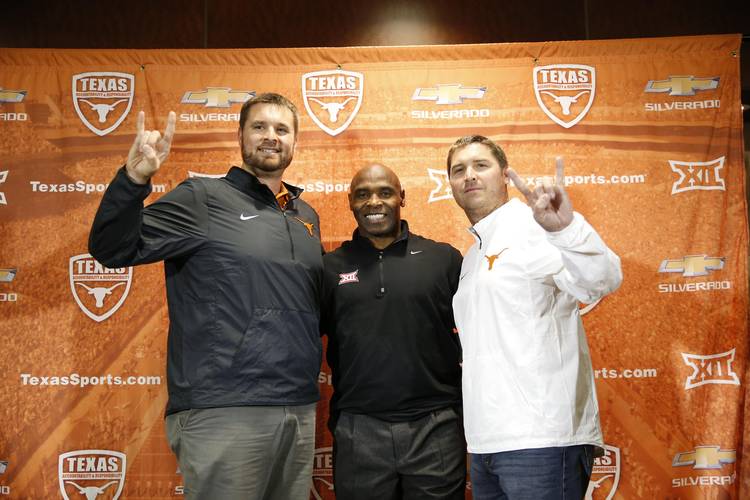 Texas is prepared to give new football offensive coordinator Sterlin Gilbert a financial package in excess of $1 million per season.

According to this month’s System Board of Regents agenda, the board will get together this week and vote on a three-year, $850,000 contract for Gilbert. In addition, he would get a vehicle or a vehicle allowance worth $7,500 per month. A membership to the UT golf club and a $2,000 relocation fee are also part of the proposed package.

Texas previously announced Gilbert had agreed to the three-year deal for $850,000.

Gilbert, a former Texas high school coach, was hired in December to install a successful spread offense that he learned under Baylor coach Art Briles.

Under the proposed contract, Gilbert can earn incentives for various team successes, including winning the Big 12 title ($20,000) and winning the national title ($140,000).

The board is also set to approve a three-year, $550,000 deal for new offensive line coach Matt Mattox.