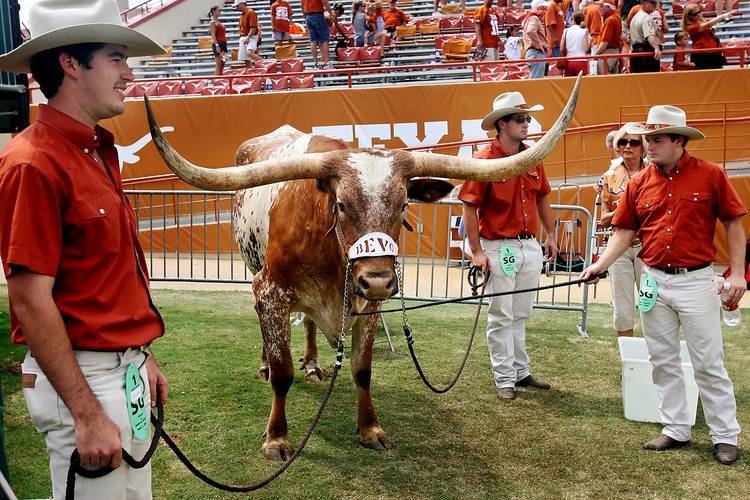 The next Bevo will start his reign Sept. 3 at Royal-Memorial Stadium. According to a tweet from the UT Student Government account late Tuesday, the 15th Bevo will be unveiled on opening day of the 2016 season when the Longhorns take on Notre Dame.

The Longhorns have been without an official mascot since Bevo XIV passed away last October. Last November, the University released a teaser video that the next mascot would be coming soon. In November, the mascot was named the best live animal mascot in all of college football.

Longhorn Band on the move at Royal-Memorial Stadium