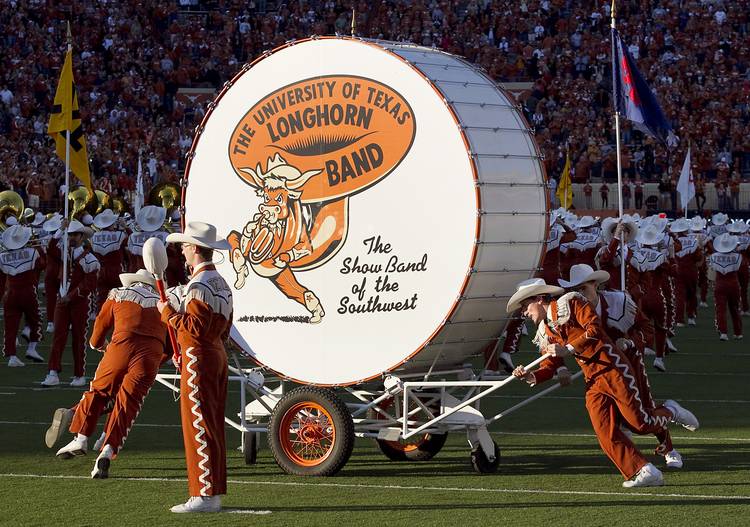 The University of Texas Longhorn Band is on the move, again.

On Tuesday, the band announced that it will have new home in 2016 in Royal-Memorial Stadium – Section 18, a location it had previously occupied before being relocated to provide seats for opponents’ fans. This decision moves band members next to the students’ sections in the northeast corner of the stadium. Section 32 of the stadium will now be home for seats for opponents’ fans, according to the university. It is located in the southeast corner of Royal-Memorial.

“The new location is the most acoustically advantageous placement for the band,” said Scott Hanna, director of the Longhorn Band, in a press release. “This move will have a major positive impact on our game atmosphere. Mike Perrin has been the driving force for this change, and we are grateful beyond words for his leadership.”

The band released this video on its twitter account Tuesday letting folks know where they’re headed in the stadium:

September 3rd is Moving Day for the Longhorn Band! Where to? Find out below…#HookEm #TexasFight pic.twitter.com/gxSKQ9V0Li