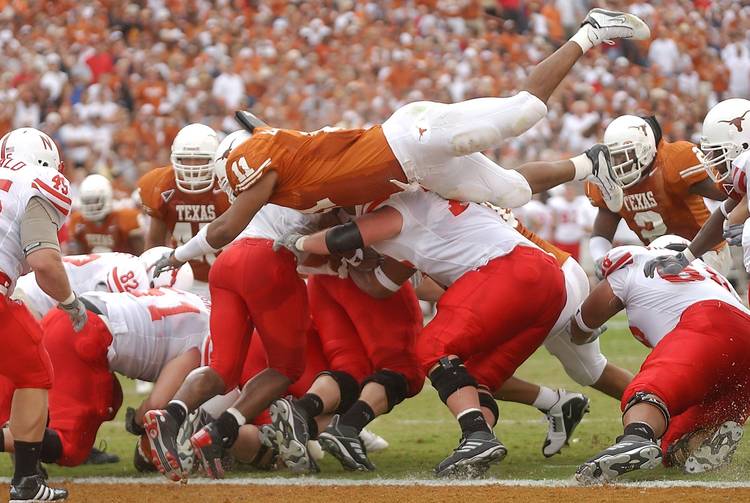 Texas linebacker Derrick Johnson flies over the line of scrimmage to try to stop Nebraska quarterback Jammal Lord on a quarterback sneak from Nebraska's own one-yard line in the second quarter on Saturday Nov. 1, 2003, at Royal Memorial Stadium. Texas won 31-7. Jay Janner/American-Statesman

There are quite a few former Longhorns still playing in the NFL, and many of them will be looking for a new team this offseason as they hit the free agent market.

Here’s a list of Longhorn NFL unrestricted free agents who will be looking for new contracts once NFL free agency begins on March 1: