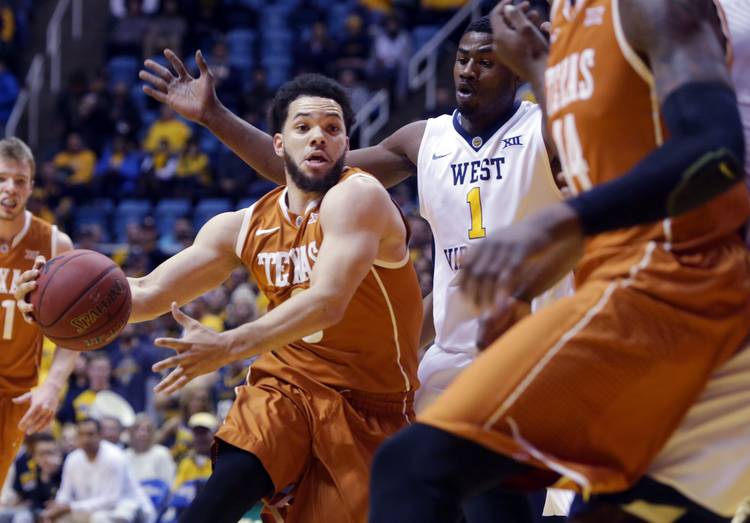 Series history: Texas leads the all-time series, 7-4. The Longhorns won the previous matchup earlier this season in Morgantown, a 56-49 decision that featured what UT coach Shaka Smart called “abnormalities.” The Mountaineers made only 8 of 23 free throws and shot 31.1 percent, missing some easy layups along the way. Javan Felix (17 points) was the only Texas scorer to finish in double figures.

About the Longhorns: Despite losing two games last week, Texas still remained 24th in the Associated Press Top 25 poll when it was updated on Monday. The Longhorns’ last five road games have been against top-15 opponents, a first in school history. … C Cam Ridley has been cleared to put 75 percent of his weight on his injured foot. The coaching staff is still hopeful the senior can return for the Big 12 tournament, which is in mid-March. “We’re not going to play him until the doctor says he is cleared to play basketball,” Smart said. … G Tevin Mack is coming off another strong shooting performance against Iowa State. The freshman was 5 for 12 shooting from 3-point range.

About the Mountaineers: You wonder if coach Bob Huggins’ team was trying to make a statement with Saturday’s 73-42 demolition of TCU. West Virginia is now tied with Kansas for the Big 12 lead. Both teams have 9-3 league records. … With 785 victories, Huggins is now one win shy of tying Lefty Driesell for ninth place on the NCAA’s all-time victory list. … Devin Williams became the 50th player in school history to score 1,000 points. “I think that Devin and (Kevin Jones) are the two best power forwards that I’ve coached here,” Huggins said. … The ‘Eers still are one of the best transition teams in the nation. WVU is outscoring its opponents by a plus-15.2 scoring margin, tops in the Big 12.