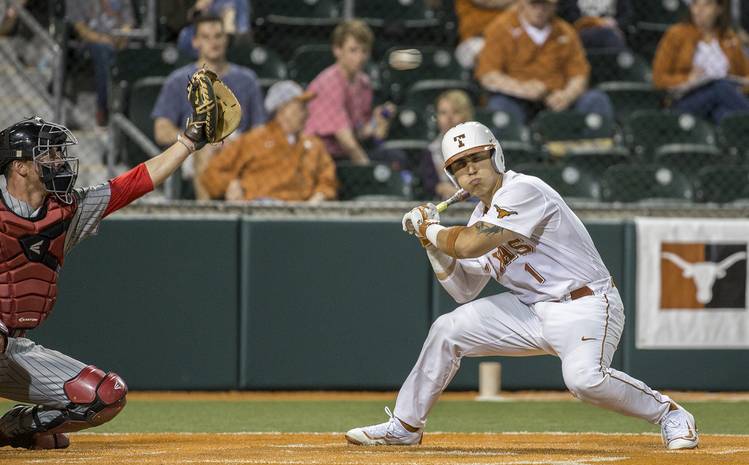 Texas's Tres Barrera ducks from the ball against UNLV Rebels in the inning during the NCAA men's college baseball game at the UFCU Disch-Falk Field in Austin,Tex., Tuesday, Feb. 19, 2016. RICARDO B. BRAZZIELL/AMERICAN-STATESMAN

Where it went wrong: With two down in the eighth, UT right fielder Patrick Mathis took a bad circular route and misplayed a fly ball. That led to a two-run triple that tied the game, 3-3.

The starter: Making his fifth career start, Kyle Johnston struggled with his command in four scheduled innings. Still, he made it through all right, allowing one run on three hits and five walks. He struck out four. His toughest inning was the third when he walked a batter with one out before yielding singles to the next two hitters. His best inning was the fourth when he had three straight punchouts after a leadoff walk.