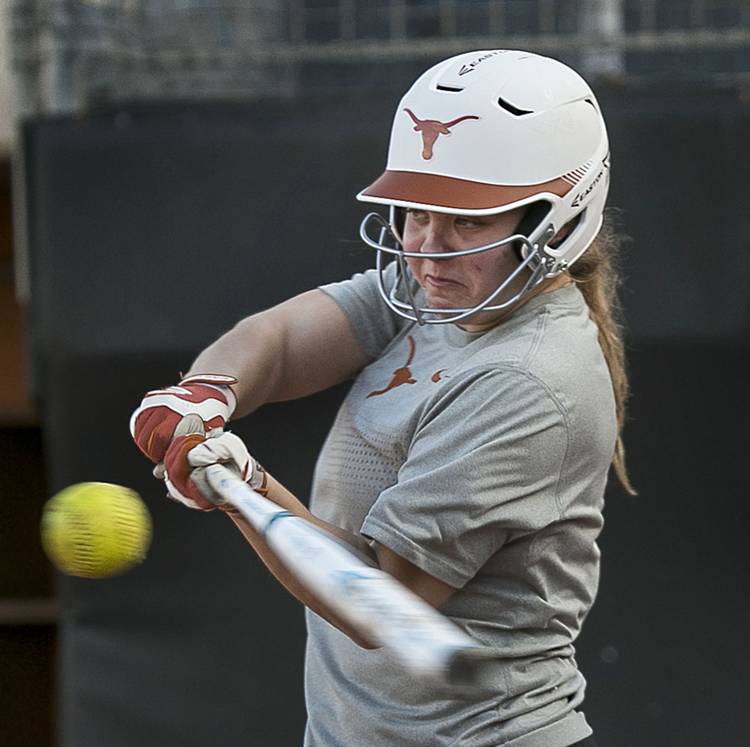 Texas (7-0) outscored its two opponents Friday by a combined score of 30-4 to open the Hilton Houston Invitational and remain undefeated in the early 2016 season.

The Longhorns are off to their best start since 2013 when they won their first 13 games.

Freshman Reagan Hathaway was the player of the day for Texas, going 6-for-7 with two home runs and eight runs batted in over two games.

The outfielder from Lenexa, Kan. was 4-for-4 in Texas’ 17-2 win over Toledo in five innings. She drove in seven runs and hit both homers in the game.  In only her fourth game in a Texas uniform, Hathaway was one RBI short of tying the school’s single-game mark set by Taylor Thom in 2013.

Junior pitcher Tiarra Davis got the win in the circle against Toledo, going all five innings, striking out two batters and giving up three hits and two runs.

Texas’ bats remained hot in the second game of the day as the Longhorns defeating Ball State 13-2 for the second-straight win by way of the run rule.

Junior transfer Celina Felix went 2-for-3 at the plate with a home run while junior outfielder Stephanie Wong hit a three-run homer. Senior Lindsey Stephens went 2-for-4 with a double, a run scored and three RBIs.

Sophomore transfer Paige von Sprecken got the win in the circle for Texas, pitching a complete game and striking out five batters.

The Longhorns play only one game on Saturday, facing Ball State (2-4) at 10:30 a.m. Texas will wrap up the Houston tournament on Sunday with a double header against Toledo and host Houston beginning at 11:30 a.m.