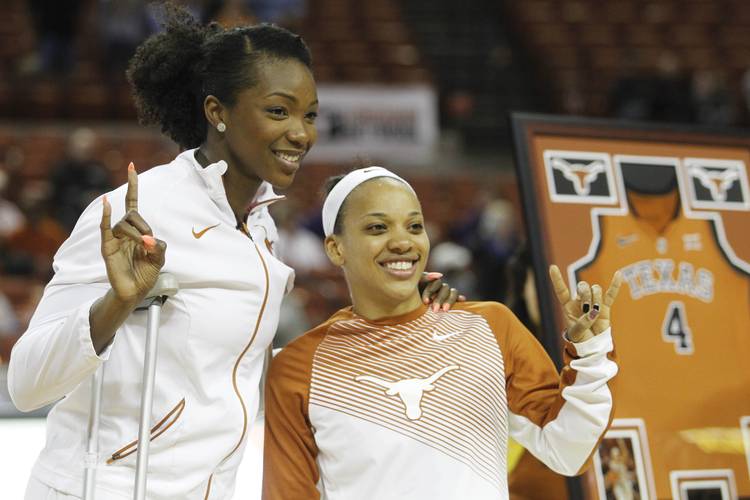 Texas' Nneka Enemkpali(3), left, and Krystle Henderson(4) pose for photos on senior night before their game against TCU at the Frank Erwin Center Tuesday, March 3, 2015. (Stephen Spillman for AMERICAN-STATESMAN)

Enemkpali, a 6-1 forward, was drafted by Seattle in the third round (26th overall) of the 2015 WNBA Draft but sat out the season while recovering from a knee injury suffered during her senior season at Texas. She announced this week that doctors have cleared her to play again.

“We were impressed with Nneka leading up to the WNBA Draft last year,” said Storm President and GM Alisha Valavanis in a press release. “She is working hard in preparation to compete at the next level and we are excited to get her to Seattle.”

A graduate of Pflugerville High School, she was a Wooden Award pre-season top-30 and mid-season top 30 selection in 2014-15. She was named to the All-Big 12 team following her junior season.

Longhorns in the NBA: Through Feb. 17