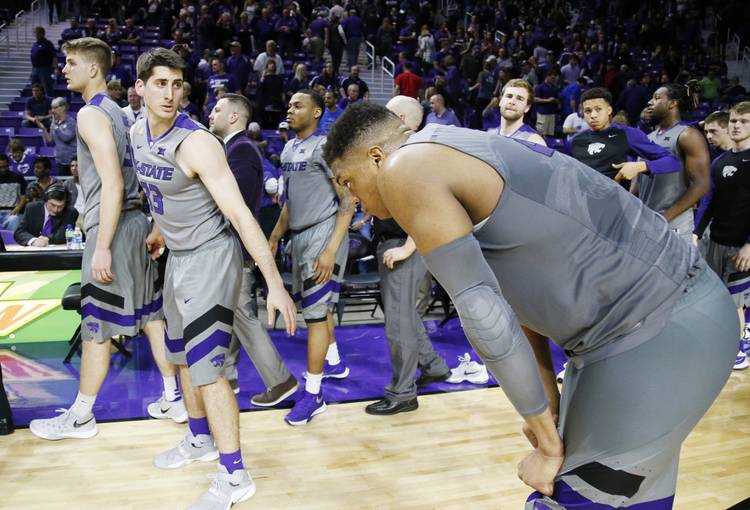 Series history: The Wildcats lead the all-time series, 14-17. However, Texas has made up considerable ground in recent years, winning four of the last five games, including a 60-57 matchup in Austin on Jan. 5. K-State had two looks at a potential game-tying 3-pointer late but Isaiah Taylor’s 17 points was enough to help UT secure the win.

About the Longhorns: Coach Shaka Smart admitted he was angry after Saturday’s dreadful 78-64 loss to No. 25 Baylor at home. “Playing like we were, there’s no excuse for what happened tonight,” G Isaiah Taylor said. One alarming trend has been UT’s slow starts. The last two games have produced seven turnovers before the first media timeout, putting the Horns in a scoreboard hole before fans are in their seats. … Texas allowed 50 points in the paint on Saturday. “We gotta own that,” Connor Lammert said. … This is the final tuneup before UT faces No. 3 Oklahoma (Saturday) and No. 2 Kansas (Feb. 29) at home before closing out the regular season at Oklahoma State (March 4).

About the Wildcats: Kansas State held tough in the Sunflower Showdown against intrastate rival Kansas before ultimately losing 72-63. The Jayhawks closed the game on a 7-1 run. “They have so many different weapons,” K-State coach Bruce Weber said. “To me, if they win the league, (Perry) Ellis should be player of the year.” … The Wildcats are currently eighth in the Big 12 standings. “Obviously, it sucks. I feel like when we spot teams a lot of points like that it is hard to come back,” G Justin Edwards said. … It’s not hard to see why K-State is struggling this season. The Wildcats don’t allow many teams to score (67.0) but they aren’t scoring themselves (70.9). They’re the second-worst shooting team in the league.

Breakfast with Bevo: Breaking down Texas’ Class of 2016 (Part 2)