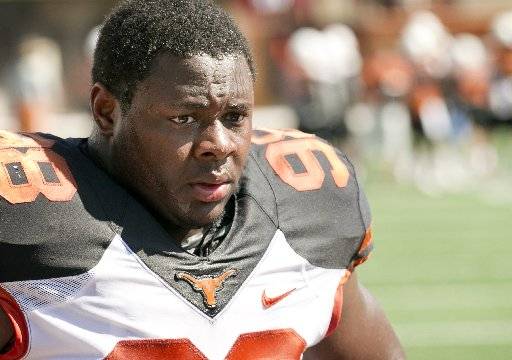 The NFL Combine is this week in Indianapolis. The first players begin reporting to Indy on Wednesday.

It’ll be a very significant few days for now former defensive tackle Hassan Ridgeway, who gave up his final season with the Longhorns to turn pro.

Quality defensive linemen are coveted in the draft. The number of tackles and ends selected in the first round could hit double digits.

Put Ridgeway in the next layer, the ones who aren’t getting much attention from the media but who are front and center with scouts.

On Monday, ESPN’s Mel Kiper analyzed many players during an extensive teleconference with reporters across the country.

He listed Ridgeway as a possible second rounder.

Ridgeway was the lone Longhorn invited to the combine. He’ll arrive Thursday. His main tests will be Saturday (bench press) and Sunday (running, on field workouts).