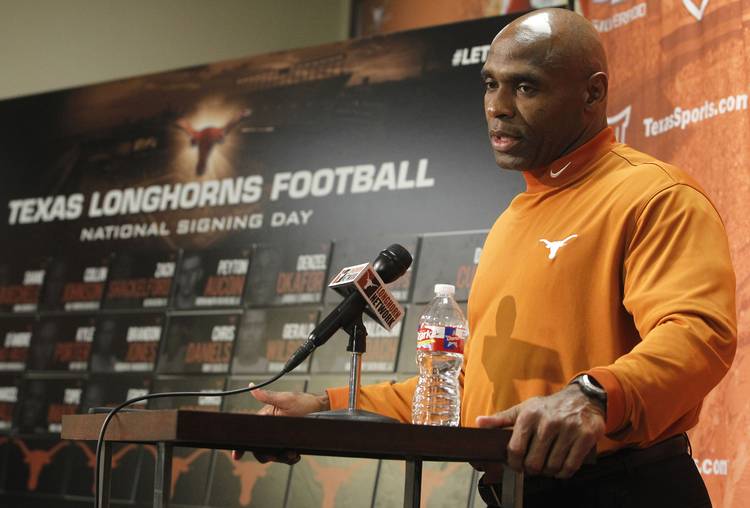 Texas football coach Charlie Strong won’t have to give a deposition or turn over private information after a Louisville couple on Thursday reached a divorce settlement in which Strong had been entangled.

Ann Oldfather, the attorney for University of Louisville trustee Jonathan Blue, told the American-Statesman that her client and his estranged wife, Tracy Blue, have resolved their issues. Last weekend, Oldfather filed a motion to depose Strong and obtain his travel and phone records as well as a list of gifts given to him by Tracy Blue.

On Friday, a judge in Oldham County was expected to rule on Jonathan Blue’s motion to depose Strong, but no longer will need to because of the settlement.

“Late last night, Jonathan and Tracy Blue signed a Marital Settlement Agreement, resolving all issues between them,” Oldfather wrote in an email. “We have consistently limited our filings and comments to the minimum in respect of Jonathan’s daughters.

“For that reason, we will not comment further on what the proof would have revealed, except to say that Jonathan’s offers to Tracy Blue both prior to and after the recent media publicity were always fair and more than generous despite the pre-nuptial agreement between the parties,” Oldfather continued.

On Thursday, Tracy Blue’s attorney, Laurel Doheny, told the American-Statesman in a statement: “While Tracy and Jonathan did not agree on how this matter should have proceeded in the public forum, together they brought the pain of this proceeding to an end.”

On Second Thought: Podcast with Kirk Bohls and Cedric Golden