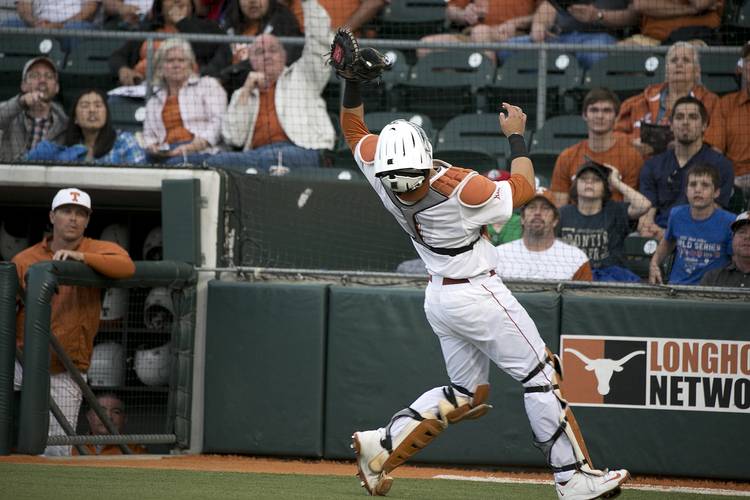 Where it went wrong: A throwing error by pitcher Jon Malmin put runners on first and second in the 12th. After an intentional walk loaded the bases, Stanford broke the scoreless tie on Mikey Diekrager’s groundout to third. UT tried to turn two, but second baseman Joe Baker couldn’t get the ball out of his glove.

The starter: In a battle of freshmen making their first starts, Nolan Kingham went toe-to-toe with Stanford’s Kris Bubic. Kingham, filling in for Josh Sawyer (arm soreness), had a no-hitter going until Matt Winaker and Jack Klein singled in the fifth. It was the only two hits allowed by Kingham, who induced 10 ground ball outs, including a 6-4-3 double play to get out of the first. In the second, Kingham got some glove on a liner up the middle or otherwise a Stanford runner would have scored from second. Final line: 4 2/3 innings, 0 runs, 2 hits, 3 walks, 0 ks.