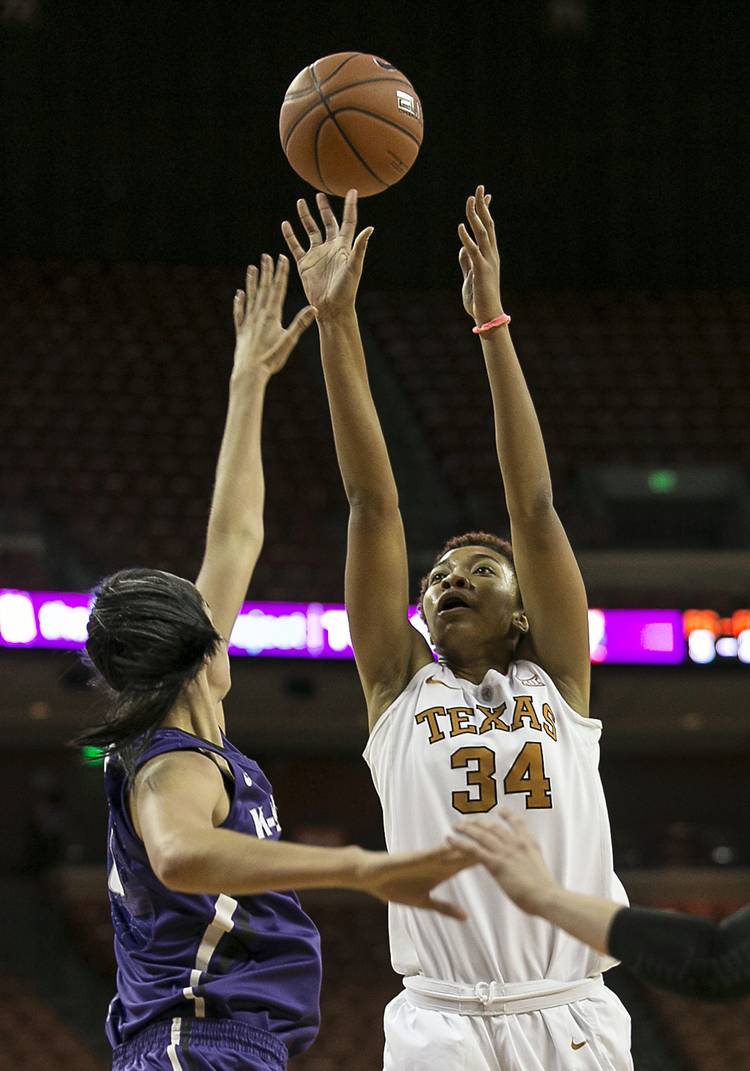 Brady Sanders, who turned 23 on Thursday, will join teammates Celina Rodrigo, Imani Boyette and Empress Davenport in a ceremony to honor Texas seniors. The Longhorns are coming off a 76-55 victory Wednesday at Texas Tech. Ariel Atkins, who has scored in double figures in five of her last six games, led the Horns with 13 points. This is the first time Texas has won 25 games since the 2003-04 season. The Longhorns defeated TCU 65-58 on Jan. 20 behind Imani Boyette, who contributed 19 points and 13 rebounds.

The Horned Frogs’ three-game winning streak was snapped in an 83-72 loss Wednesday at West Virginia. In the loss,  Zahna Medley had 23 points on 9-of-15 shooting and is now within just 17 points of tying the TCU career scoring mark of 1,892 points set by Sandora Irvin. TCU shot 50.8 percent and lost for the first time this season and the second time in two years when shooting over 50.0 percent from the field. The Frogs rank fifth in the country (out of 344 teams) in three-point percentage (40.0).