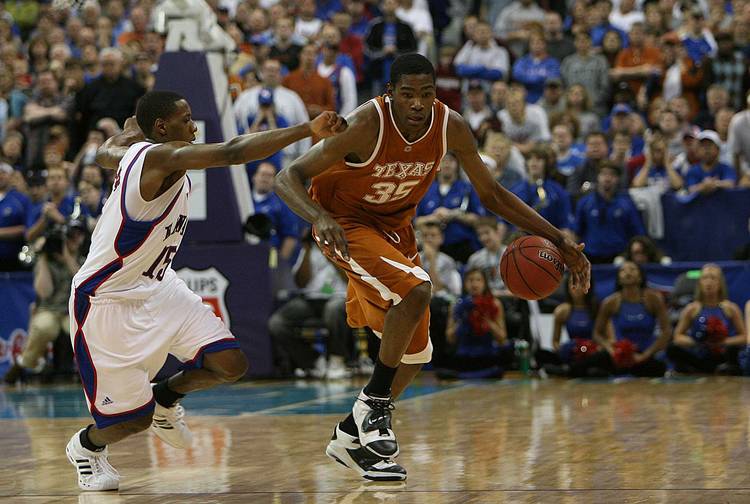 The two most successful Big 12 men’s basketball programs will play Monday at the Erwin Center.

Kansas, the program that was started by the inventor of basketball James Naismith, has won 271 Big 12 games. That’s the most Big 12 wins by 59 games. The Jayhawks have won, as of Saturday, 12 straight conference titles and 16 overall since the league formed in 1997. More so, they went 30-2 in the Big 12 in the first two Big 12 campaigns from 1997-98. This year’s squad will very likely be the No. 1 team in the nation by Monday’s tipoff and could be a favorite to win the national championship in March.

Texas, a program that has been extremely successful the last two decades despite often being in the shadow of the football team, has won 212 all-time Big 12 games. That’s second-most in the Big 12 and 14 more than No.3, Oklahoma. This year, Texas has beaten four top-10 teams in the nation, more than any other program. The Longhorns will likely jump significantly in the rankings on Monday after taking down their latest top-10 team, No. 3 Oklahoma. And as far as March goes, expect basketball analysts everywhere to feel the same “Shaka mania” that Kirk Bohls is feeling.

It’s Texas-Kansas on Monday. The two teams haven’t just owned the league at times, they’ve provided some of the best head-to-head games in conference history.

And now let’s take a look a few that stood out.

This was a rematch of another epic game from this same season, a 90-86 Kansas win at Allen Fieldhouse a week earlier.

This game was even better.

Kansas won the tournament title with an 88-84, come-from-behind win in Oklahoma City.

Ford had 25 points, 10 rebounds and seven assists for Texas.

He nearly hit the game-tying three-point shot at the buzzer.

The aforementioned other 2007 game.

Until Buddy Hield scored 46 against Kansas in a triple-overtime game last month, Kevin Durant’s performance may have been — and could still be– one of the the greatest performances by an opposing player in Allen Fieldhouse history.

For a half at least.

Durant scored 25 points in the first half, but a sprained ankle in the second limited him to 16 minutes down the stretch. He finished with 32 points and nine rebounds and, like Hield did this season, earned a standing ovation from the Kansas fans.

As for the game, which was named the No. 8 greatest game in Kansas basketball history by the Lawrence Journal-World, Kansas overcame a 16-point deficit with a 24-7 run.  The win clinched Kansas’ third straight Big 12 championship.

No. 11 Texas took down the No. 18-ranked Jayhawks in the semifinals of the Big 12 Tournament, but this game is known for one person: Brandon Mouton.

Mouton scored 10 straight points in the second half, and Texas overcame an early 11-point deficit to knock off Kansas in Bill Self’s first season coaching the Jayhawks. Texas held the Big 12’s top player, Wayne Simien, to just nine points a day after scored 31 against Missouri.

Texas went on to reach the Sweet 16, while Kansas reached its third straight Elite Eight, but unlike the two previous seasons, failed to advance to the Final Four.

Kansas won the national championship a few months after this game, but the Jayhawks didn’t win the Big 12 regular season title outright.

Damion James scored 12 points and grabbed 13 rebounds in the second half and Connor Atchley nailed four 3-pointers to help No. 11 Texas beat No. 3 Kansas. Darrell Royal, Vince Young and Mack Brown were all in attendance to watch Texas finally pull out the win after two barnburners the year before (see above).

A block by A.J. Abrams with 50 seconds left on a Brandon Rush 3-pointer helped preserve a 67-64 lead. Kansas went on to hit a 3-pointer with 32 seconds left by Mario Chalmers and had a chance to win the game after D.J. Augustin missed a free throw with eight seconds left. It set up a final play for Chalmers, but the final play didn’t work.

“It was a bad possession because we had something we wanted to run, and we took the ball to the wrong side, and it killed the play,” Bill Self told the Associated Press after the game.

I wonder what play they were trying to run? Maybe this one:

One bonus game to throw out there because it was a big upset when it happened:

Kansas was ranked No. 6 at the time while Texas was entering the rankings at No. 25. Kansas had two of the first three picks of that year’s NBA draft on the roster, Andrew Wiggins and Joel Embiid. Texas had a scrappy roster that Texas fans fell in love with.

The reason this was an important game in the series is that Kansas, at the time, was 7-0 in Big 12 play and was shaping into a national championship contender. The Jayhawks were dominating every Big 12 team they faced except for the Marcus Smart-led Oklahoma State squad, which Kansas beat by two-points in January.

Meanwhile, Texas was having a strong season as Rick Barnes started the year on the “hot seat.” A strong Big 12 season and a tournament run would cool it down – for a year, at least.

On this Saturday, Texas put a halt to Kansas’ season momentum and instead physically dominated the Jayhawks. Cam Ridley grabbed 10 rebounds and blocked four shots, as did Prince Ibeh. Texas as a team had 12 blocks in this game.

Wiggins was outplayed by Texas’ own star freshman, Isaiah Taylor, who scored  23 points compared to future No. 1-pick’s seven.

Texas struggle in the next two games after this win, barely beating lowly TCU on the road and losing by 17 to Kansas State.

Kansas showed that this Texas win may been a bit of a fluke. When Texas arrived at Allen Fieldhouse on Feb. 22, Kansas handed Texas an 85-54 beatdown. At the end of the day, neither team lasted very long in the NCAA Tournament, as both squads lost in the first weekend of the tourney.

Malik Jefferson: ‘I will be disappointed’ if fans don’t support Texas hoops