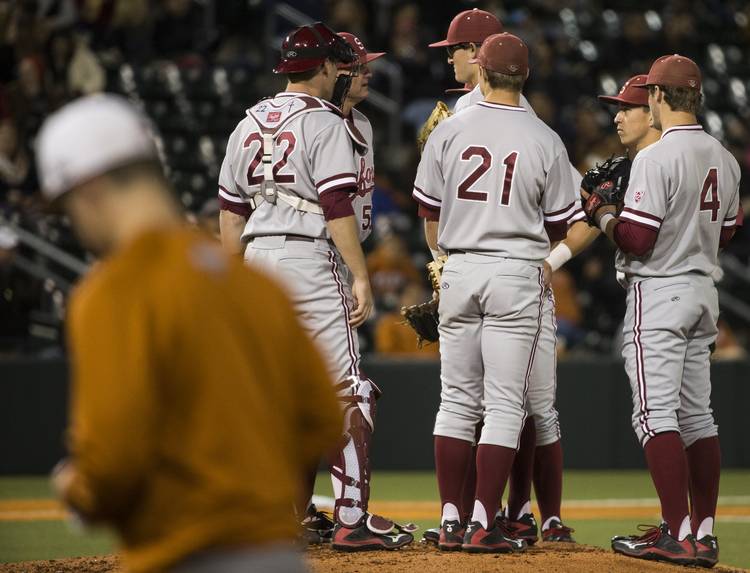 Standford against Texas during the NCAA men's college baseball game at the UFCU Disch-Falk Field in Austin,Tex., Friday, Feb. 26, 2016. RICARDO B. BRAZZIELL/AMERICAN-STATESMAN

The headline: With chance to steal series, Texas turns in clunker

Where it went wrong: From the word go. Stanford jumped out to a 3-0 lead, feasting on a wild start by Texas RHP Connor Mayes. Matt Winaker drove in two runs with a lazy single to right, and Stanford tacked on another run on a balk by Mayes. Texas’ relievers weren’t any better. Nick Kennedy (two), Blake Wellmann (one), Jon Malmin (two) and Parker Joe Robinson (three) gave up earned runs to contribute to the blowout.

The starter: See above. Mayes loaded the bases in the first, and then surrendered three runs on a soft single to right by Matt Winaker followed by a balk with a runner on third. For the second time this season, Mayes struggled with his command and walked two. He was pulled after giving up a single to start the fifth. His line: 4 innings, five hits, three Ks, two walks.