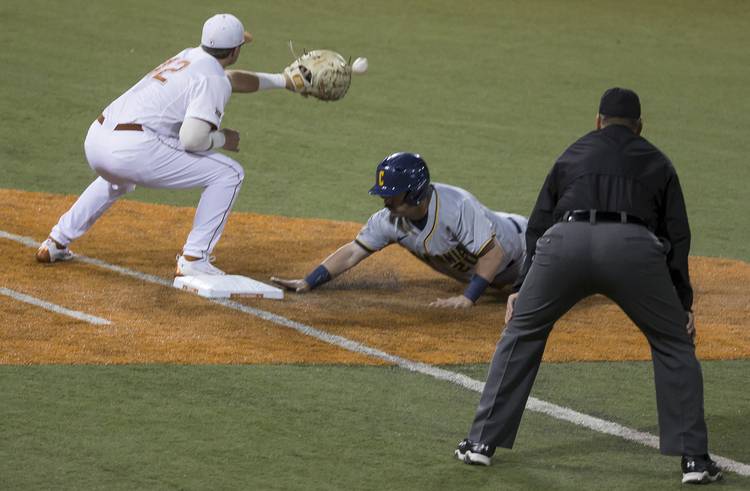 Where it went wrong: From the first batter. Cal leadoff hitter Aaron Knapp hit a shot to the track in left field that Jake McKenzie couldn’t get to. McKenzie took too long to start his retreat, and Knapp scored on the next at-bat. Later, back to back singles gave Cal a 2-0 lead.

The starter: Ty Culbreth came back to earth after two superb starts. He logged eight innings, but set himself back with the early 2-0 hole. His only costly mistake from that point forward was on Brett Cumberland’s sixth-inning solo shot to left. Culbreth entered the day with one walk and one earned run. He ended up walking two and was tagged for all of the runs. His best inning was the fourth when he got three straight outs after consecutive no-out walks.

Key stat: In the past two weekends, Texas has lost scoring zero, one, one and zero runs.

Next: Noon, Sunday vs. California