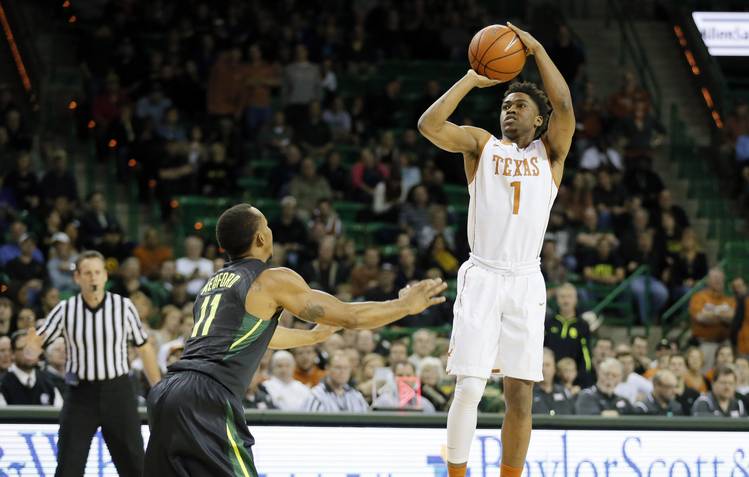 Texas guard Isaiah Taylor, who nearly left school after last season but only returned to play for coach Shaka Smart, was named a first-team All-Big 12 selection on Sunday.

The Longhorns’ leader in points (15.0) and assists (4.8) thought about jumping into the NBA draft, even though many pundits believed it was a mistake because of his inconsistent outside shooting.

But Taylor, a 6-foot-3 junior, returned and has become the team’s driving force, a slashing scorer who has blossomed into a clutch free-throw shooter, too. He now cards a career-high shooting percentage (.421) as the fifth-best scorer in the league.

“I didn’t know how it was going to work out,” Taylor told the American-Statesman after a nail-biting 71-70 win at Kansas State that was largely his doing. “With (Smart) being a new coach, we were just learning his philosophies. Early on, I was skeptical, but he’s a genuine guy and I appreciate that as a player.”

Taylor showed a flair for the dramatic at various points this season, including in the season opener in China. Taylor scored 27 points, a majority of those in the second half, to almost engineer a come-from-behind win over Washington. He poured in 26 at Stanford and hit a miraculous game-clinching runner off the glass. Taylor went wild at Texas Tech, scoring 35 points, again mostly after halftime.

If the season was boiled down to one shot, it might have been at K-State. Taylor rose and fired a 3-pointer over Barry Brown with 43 seconds left, giving Texas a four-point lead.

Davis averaged 7.5 points this season while Roach had 7.4. Both proved themselves to be promising 3-point shooters. Davis was 4 for 4 from downtown against West Virginia and finished in double figures four consecutive games down the stretch.

Roach was named the Big 12’s newcomer of the week for his 15-point outburst last Friday against Oklahoma State. All 15 points came after halftime.