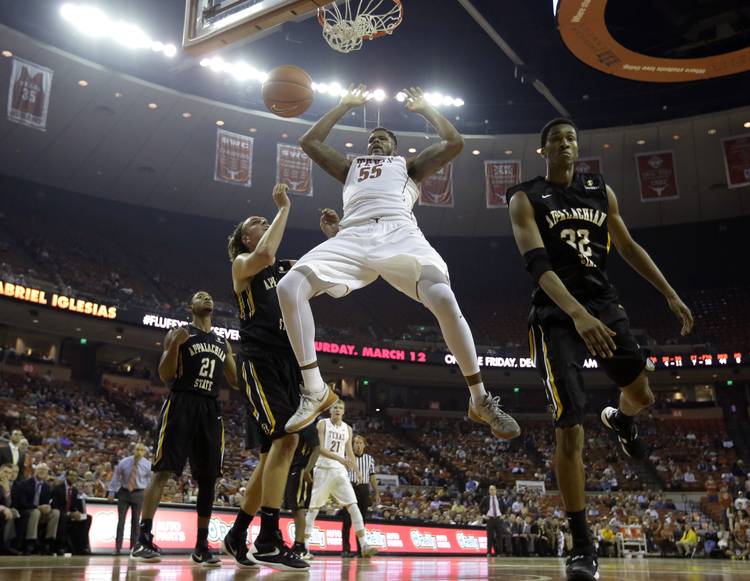 Smart said Ridley had a good report from his doctor today.

Smart told reporters in the Big 12 Conference call that Ridley will be back on the court this week. There was a possibility of his return for the postseason, but this is the first time he’ll return to action.

Shaka said Cam Ridley will be practicing – not sure if he'll do 100 percent of work – but clearly made it sound like Cam will play Thur.

Texas coach Shaka Smart says Cam Ridley "was fired up this morning. … In his mind, he feels he will be playing soon."

Shaka: "The biggest thing is making sure Cam, our trainer, our doctors, have a comfort level with him going out playing."

Smart: "Basketball-wise, I would put him in a game now." #hookem

Texas opens the Big 12 Tournament at 11:30 a.m. Thursday against Baylor.

Baylor's Scott Drew points out Bears haven't faced Cam Ridley this yr. 'it'll be different. they might play 2 bigs. we could do that, too.'