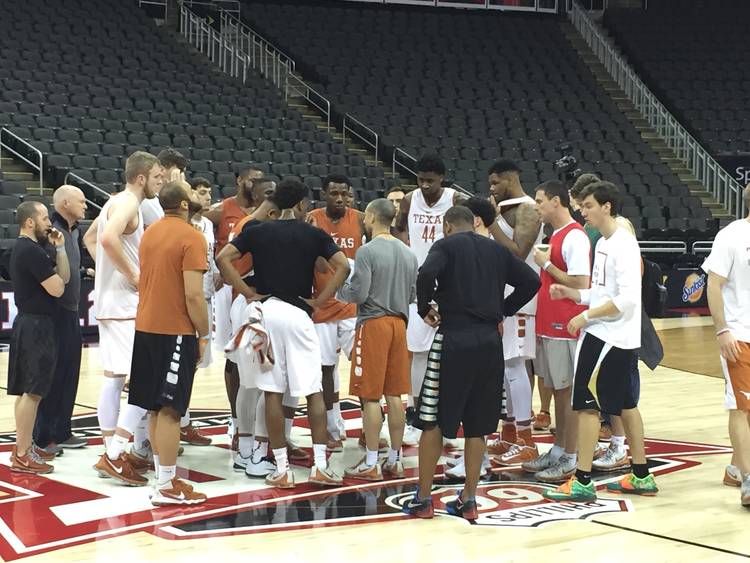 How much, or whether, he plays on Thursday against Baylor in the Big 12 tournament is still unknown.

“He’s feeling the soreness of a guy who hasn’t really run and jumped in 10 weeks,” UT coach Shaka Smart said. “But his foot has responded well.”

Ridley hasn’t played at all since suffering a fractured foot two days after Christmas. Team doctors cleared him to return to practice on Monday.

— Freshman Eric Davis wore a clear plastic mask during the practice session, although he has not suffered any serious injury. In an interview session before practice, Davis said he was ready for his first Big 12 tournament.

— Baylor coach Scott Drew laughed when asked about his team’s impressive 78-64 win over the Longhorns on Feb. 20. “We probably could’ve played this game down in Texas and had the winner come up,” Drew said. “But we’re excited about the opportunity.”

— The Longhorns left Sprint Center and went to University of Missouri-Kansas City’s campus to continue their practice session. The team is scheduled to return to its hotel and go through normal pre-game day routine. The players are not expected to attend the first-round game Wednesday night at Sprint Center.