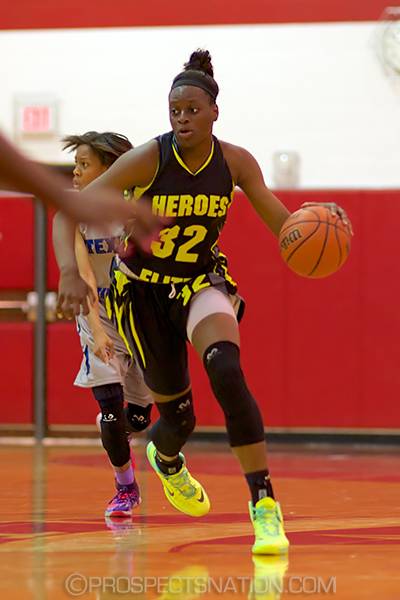 The nation’s No. 1 recruit according to the Blue Star Report and the No. 2 prospect in the espnW Hoop Gurlz Top 100, Holmes is a versatile wing player who averaged 15.9 ppg, 7.6 rpg and 3.0 apg as a junior at Cedar Hill High School. She earned first-team all-district accolades, and was named to the all-region and all-state first teams. Holmes was a MaxPreps third-team All-American her junior year. She was a member of Team USA’s U17 gold-medal winning U17 world championship team, averaging 10.6 ppg and 5.7 rpg and earning all-tournament accolades.

The nation’s No. 6 prospect according to the espnW Hoop Gurlz Top 100, Sutton is a true point guard, who is ranked second nationally at her position. She averaged 16.1 ppg, 5.5 rpg, 4.0 apg and 2.3 spg as a junior at Parkway North, leading her team to a 25-6 overall record. Her team finished third in the program’s first-ever Class 5 state tournament appearance.

The 18th-ranked wing player in the nation according to ESPN.com, Underwood averaged 24.3 ppg and 13.2 rpg through 11 games in her junior season before suffering a season-ending ACL injury. She led all players in the Dallas-Ft. Worth area in points per game and rebounds per game, despite playing in only 11 games.