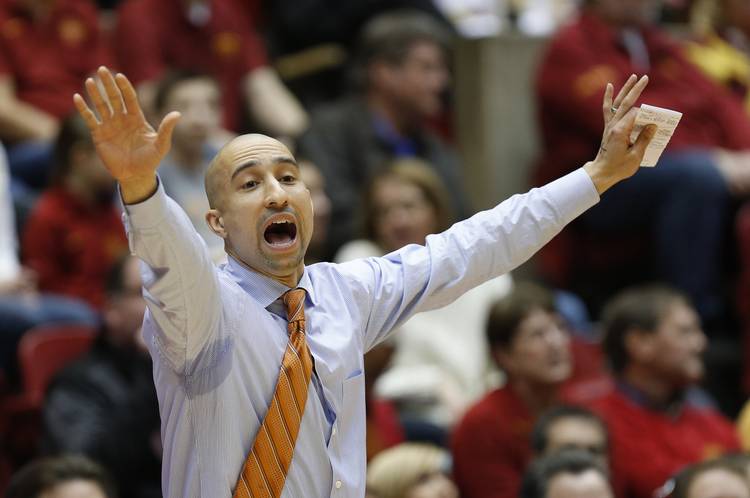 Head coach Shaka Smart of the Texas Longhorns coaches from the bench in the first half of play against the Iowa State Cyclones at Hilton Coliseum on February 13, 2016 in Ames, Iowa. (Photo by David Purdy/Getty Images)

Columnists Kirk Bohls and Cedric Golden released their annual March Madness brackets Tuesday, and neither of them picked a Big 12 team to win the title. Cedric went for a No. 1 seed, but slightly against the grain with Oregon. Kirk decided the title will land with Sparty and the Tom Izzo-led Michigan State squad.

How far do both of them think Shaka Smart’s Texas squad will go in the tourney? Here’s what they had to say about the Longhorns’ chances:

“Then there’s the old homer credo: I have to pick my team to reach the Final Four because, heaven forbid, I go with logic and miss out on an epic run.

That means you, Texas fan. You’re in an Oklahoma City minefield with Texas A&M, Oklahoma and Shaka Smart’s former Virginia Commonwealth team. The Horns are a sentimental favorite because of their area code and their extremely likable head coach who has led a previous team to special places in March.

The Horns just don’t seem healthy enough to make a real run at Houston, but I expect them to improve upon’s last season’s one-and done.”

“(I) Like Texas’ chances to win one to cap off a terrific first year for Shaka Smart, then the Longhorns get knocked off by the (Texas A&M) Aggies.

For their entire brackets and an explanation of their entire field, Final Four picks and upsets, click here for Cedric’s column and here for Kirk’s column.