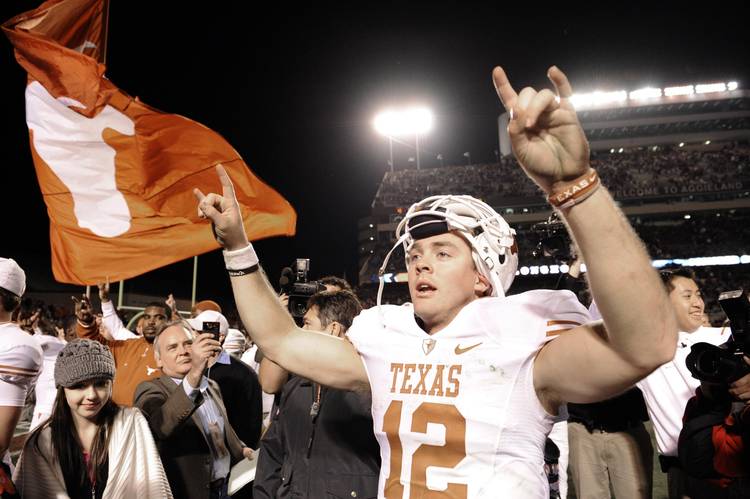 Colt McCoy is one of the greatest quarterbacks in Texas football history, and in a new piece on The Players’ Tribune he shows another skill: writer.

McCoy pens a lengthy piece on the athlete-run website titled “Get Back Up” that details his time at Texas, growing up a son of a farmer and basically making every Longhorn fan love him even more.

Here are some highlights from the story:

“Honestly, I think we were the best team in the country that year. But one last-second play against Texas Tech resulted in our only loss and ultimately cost us a shot at the national championship. Can’t pretend I’m not still heartbroken over that one.”

On whether or not to enter the NFL Draft after his junior year:

“I got a late first-round grade, which generally means it’s time to go to the league. But when I sat with coach Brown and my parents, and weighed my options, it was complicated. I still had a team full of guys that I loved, the opportunity to graduate and a realistic shot to win a national championship. All of those things that I’d gone to college hoping to accomplish were still right there.”

On his injury in the 2010 National Championship Game against Alabama:

“You know, still to this day, what strikes me the most was how normal the hit was. It was the same hit I’d taken a million times growing up on those dusty fields in Tuscola. My dad didn’t let me even play football until I was in seventh grade because he wanted me to learn the proper way to hit and be hit. So I’d taken enough shots to know there wasn’t anything particularly special about this one.”

Golden: What players can spark an NCAA tournament run for Texas?