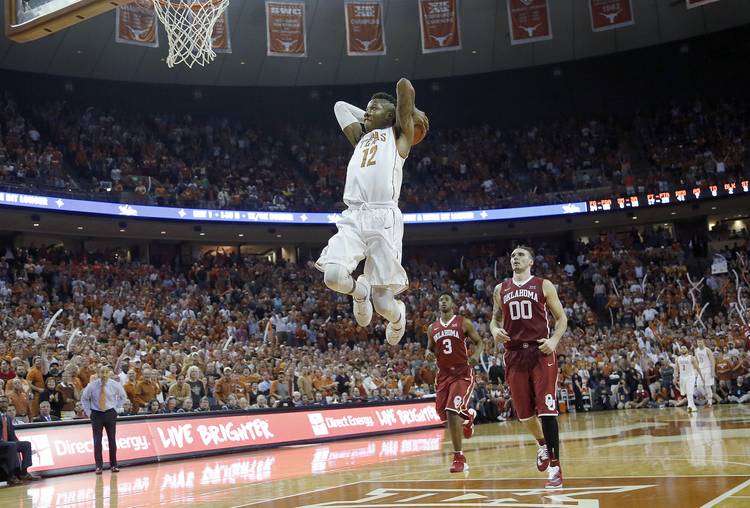 In today’s Golden’s Nuggets, Cedric touches on some Bevo-related items including the hoops team’s chances in the NCAA tournament and Shaka Smart’s attitude on the eve of the Big Dance:

On Shaka’s attitude now that the NCAAs are here:

“Shaka Smart is quietly looking forward to seeing how his team will react when the lights are the brightest. Remember, this group hasn’t enjoyed much tourney success outside of Cam Ridley’s buzzer beater against Arizona State two years ago.

Smart had a little bounce in his step on Selection Sunday, trading lighthearted barbs with the media — I had to let him know that I didn’t write Texas was NIT-bound after he mentioned it for the fourth time in two months — and generally carrying himself as a coach who expects to be around for a while in the most fun tournament on the planet.”

On the hoops team’s chances in the tournament:

“The oddsmakers have Texas installed as just under a touchdown favorite against Northern Iowa. But I can’t shake the feeling that the Horns have already played their best ball of the season, though senior guard Javan Felix believes we have yet to see a supreme performance from them.

While all eyes will be on the two most important feet on campus — one each belonging to Ridley and Isaiah Taylor — the Horns can roar into the next round if they can win the tempo battle. Taylor and freshmen Kerwin Roach and Eric Davis should try and ignite a running game against the Panthers and take advantage of their advantage in bulk inside.

Even if Ridley plays limited minutes, it’s a matchup that’s tailor-made for Texas, particularly Taylor, who was sloppy against Baylor with five turnovers. He has played much cleaner his junior year and could be looking at the end of his college career, so expect him to be much better against a team Texas can handle with its size.”

On one of Northern Iowa’s key players:

“Northern Iowa guard Matt Bohannon is from a deep sports background. He’s the son of Gordy Bohannon, the starting quarterback for the Iowa Hawkeyes who played Washington in the 1982 Rose Bowl. That Iowa team was coached by Hayden Fry, whose assistants included Bill Snyder, Kirk Ferentz and Barry Alvarez.

Matt, the school’s career leader in 3-pointers (266), is one of three siblings to play Division I ball — Jason played at Wisconsin and Zach played at Air Force. The youngest Bohannon, Jordan, has committed to play at Iowa next season.”

For the rest of Cedric’s nuggets including his thoughts on the Houston Texans’ free agent signings and what’s next for Johnny Manziel, click here.

Colt McCoy’s feature on The Players’ Tribune is pretty revealing