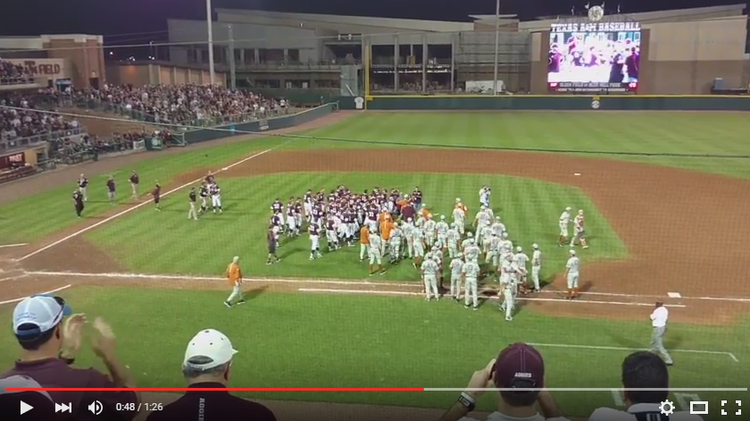 Texas and A&M no longer meet on the football field, but the schools’ rivalry is far from dead. Emotions ran high in College Station on Tuesday night after the Aggies’ 5-4 win on a walk-off homer.

As the American-Statesman’s Ryan Autullo reports:

“As other Aggies were dancing on home plate celebrating Michael Barash’s walk-off home run, Tyler Ivey, the Aggies’ ace, snuck free from the scrub and flashed horns down at the Texas dugout.

Tres Barrera, who is probably the Longhorns’ most emotional player, didn’t like what was happening and confronted Ivey and they had to be separated. The teams exchanged long stares, but the majority of the back-and-forth was between Ivey and Barrera, who was still wearing his catching gear.”

Texas may have dropped Tuesday night’s game, but the Longhorns lead the series 242-125-5. Just sayin’.