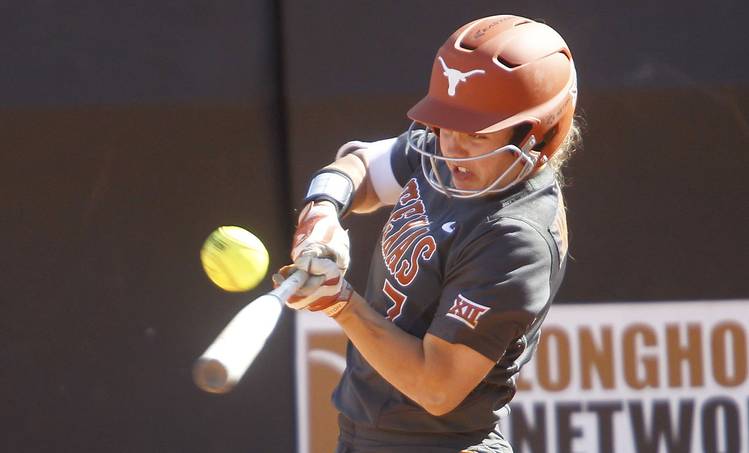 The Texas Longhorns softball team scored two runs in the seventh inning to extend the game and eventually defeated Iowa 4-3 in eight innings at the Rainbow Wahine Classic in Honolulu, Hawaii late Thursday.

Holly Kern doubled in the eighth inning to allow Reagan Hathaway to score the game-winning run after she had been placed on second and advanced to third on a sacrifice bunt by Devon Tunning. The win for the Longhorns (17-5) exacts a bit of revenge on the Hawkeyes who defeated Texas by a 1-run margin in Wednesday night’s Rainbow Wahine Classic opener.

Stephanie Ceo went 3-for-4 and had an RBI in the second inning that put the Longhorns up 1-0. Lindsey Stephens and Kern also finished with an RBI each.

With the Longhorns trailing 3-1 in the top of the seventh inning, Taylor McAllister singled and a throwing error allowed Rachel Scott to score on the play. Scott had entered the game as a pinch runner for Erin Shireman who had singled to start the inning. Ceo singled to advance Scott to second before McAllister came to the plate.

Stephens tied the game with a single to the left side to score Ceo from third base.

Paige von Sprecken (6-1) earned the win for Texas while Tiarra Davis picked up her first save of the season.

The Hawkeyes (7-15) put the Longhorns behind with a 3-run third inning to go up 3-1. Kaitlyn Mullarkey drove in two runs with an RBI triple in the inning. She later scored on a throw to second base which Sammi Gyerman stole.

Longhorns in the NBA: Through Mar. 16