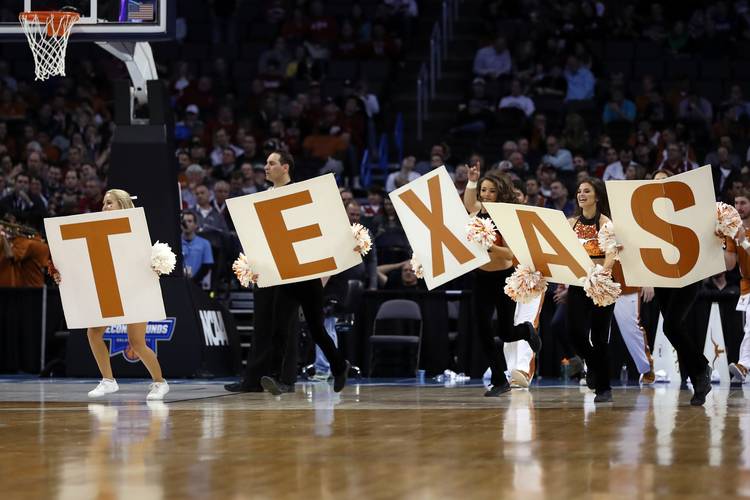 We gave the Longhorns the weekend to process that Northern Iowa shot.

It’s time to talk about next year!

After a positive first season under Shaka Smart, the Longhorns might have more of a rebuilding project in year-two than year-one. The Longhorns lose five scholarship players. They could lose one more if a junior, first-team All-Big 12 guard decides to head to the NBA.

Because of the transfer of Jordan Barnett, the Longhorns could have seven available scholarships and definitely six with two already slotted for November signees and another one set for McDonald’s All-American guard Andrew Jones, who hasn’t signed but is a hard Texas commit after making the announcement in December.

We broke down the Texas targets last month, and unsurprisingly for basketball recruiting nothing has really happened since then in terms of commitments or signings.

Austin product Jarrett Allen made an unofficial visit on Feb. 6 to Texas, and our own Kirk Bohls caught up with Allen during that dreadful Kansas-Texas senior night disaster three weeks ago. However, Allen says that game will have no bearing on his decision.

To say Allen is a “key get” for the Longhorns may be an understatement.

Even if a Cleare-Banks starting front court is enough for the starting five, Texas has no scholarship post players coming off that bench as of now. Allen is a McDonald’s All-American, and no matter how scouts nit-pick his game, he’s still a talented, 6-foot-9-inch forward that the Horns need.

Plus he’s local, and Smart should at least show rival recruiters that the fence is up around Central Texas as far as basketball recruiting is concerned.

If Texas inks Allen, who according to 247Sports is also warming on Notre Dame (in the Sweet 16), Houston (for some reason) and Kentucky (because that’s what Kentucky does to McDonald’s All-Americans), Texas still has two scholarships to handout (not counting Isaiah Taylor leaving).

What does Texas do?

Texas was possibly in the De’Ron Davis race, but he picked Indiana.  The staff offered Marques Bolden of DeSoto, but the 5-star is not considering Texas (yet) with Kentucky and Duke as the top-two programs and Oklahoma coming on strong.

Five-star in-state guard Terrance Ferguson decommitted from Alabama earlier this month. When he surprisingly committed to the Crimson Tide last year he was considering Kansas, but since he opened his commitment back up, Baylor is reportedly taking the lead with Texas warming up.

Texas targets Kostas Antetokounmpo, Nick Rakocevic and DeAndre Williams appear to be leaning away from the Longhorns but none have officially committed, and Texas has a lot of recruiting time on their hands.

Also, don’t be surprised if Texas is a popular graduate-transfer destination this spring. Smart’s ability to build relationships with his players, especially this season, is well documented. It’s a risk that some programs don’t take, and other do, but if Texas has multiple scholarships to offer late this spring, why wouldn’t a talented player like Cullen Neal or anyone from this list not want to at least consider the Longhorns?

As it stands now, Texas has the No. 13-ranked recruiting class in college basketball with most of the top 25 players already committed. Texas’ class is the best of the Big 12 and unless Kansas lands No. 1-overall recruit Josh Jackson (247Sports has them in the lead) or No. 10 recruit Thon Maker (a Kansas target), that’s not going to change. Especially if Texas lands Allen, the No. 23-ranked player of the class.

Expect a busy spring for Shaka Smart and his staff.