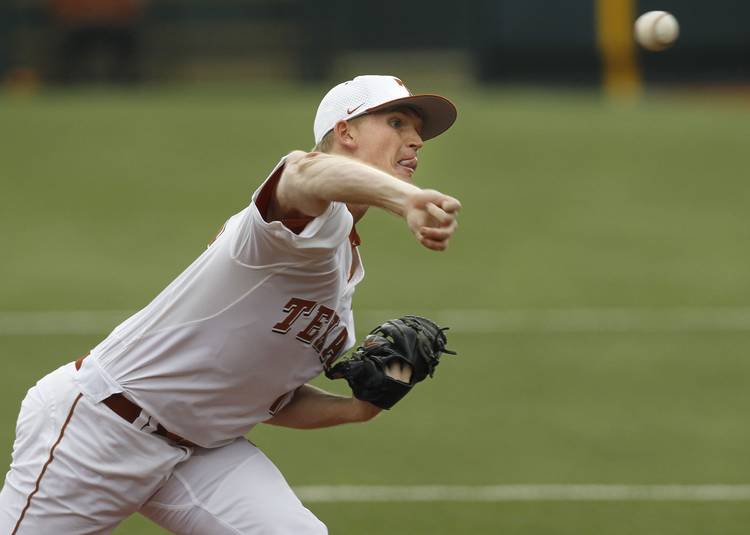 Connor Mayes has been moved from starter to closer for this weekend’s Big 12 opening series against TCU, Texas coach Augie Garrido announced on Wednesday.

The move was not a major surprise, as Garrido has been saying for a week that one of his weekend starters — Mayes, Ty Culbreth or Kyle Johnston — would move to the bullpen to shore up the closer’s spot and to make room for Morgan Cooper’s return to the rotation.

Cooper will start Thursday’s series opener followed by Culbreth and Johnston, who had been starting Game 1s of past series.

Mayes, a sophomore from Lake Travis, is not new to relief work; he made 25 appearances out of the bullpen last year. This year, he is 0-2 in five appearances (four starts) with a 2.16 ERA.