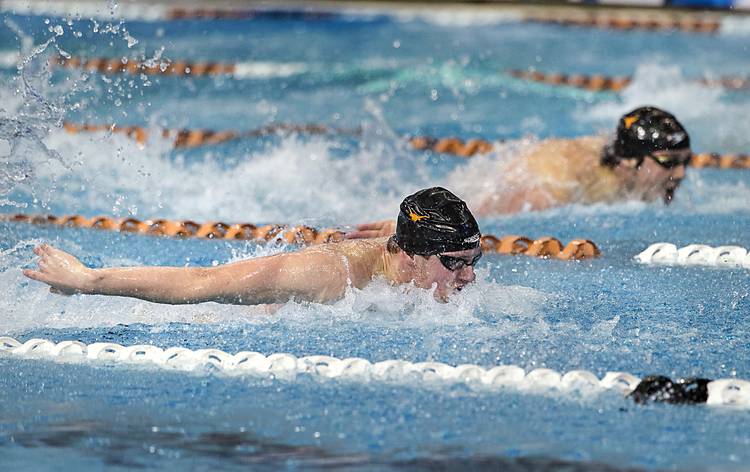 The top-ranked Texas men’s swimming team broke multiple records in the 800-yard freestyle relay on the first day of the NCAA Championships in Atlanta, Ga. on Wednesday.

Jack Conger, Townley Haas, Clark Smith and Joseph Schooling teamed up to take the Longhorns’ 13th national title in the event with a time of 6 minutes, 8.03 seconds. The relay team broke the NCAA, U.S. Open and NCAA Championship meet records. Michigan set the previous NCAA and U.S. Open records at 6:09.85 at the Big Ten Championships in 2014.

The Longhorns beat their own NCAA Championships, Big 12 and school records set by Dave Walters, Ricky Berens, Scott Jostes and Michael Klueh in 2009 with a time of 6:10.16.

The 800 freestyle relay was the only event final held on the first day of the NCAA Championships. North Carolina St. came in second with a time of 6:09.58.

Texas earned 40 points with the victory and are at the top of the standings with three days left in the competition. North Carolina St. picked up 34 points with their second-place finish.