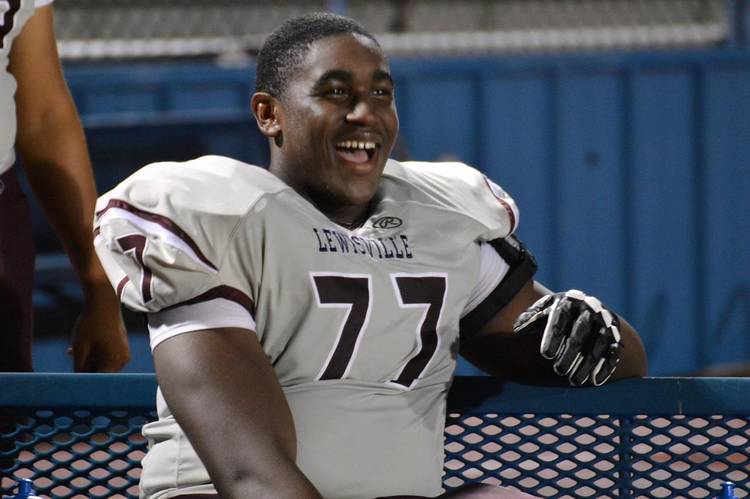 Denzel Okafor is a 4-star offensive guard who was the 13-rated player in the country at his position and the 45-rated player in Texas, per 247Sports. At 6-foot-4-inches and 295 pounds, Okafor is another sign that the Longhorns continue to make the offensive line a recruiting priority.

Here’s what people are saying about the Lewisville standout. But first, we found this, and it’s pretty great:

Accurate representation of me and Denzel's day yesterday…
After 1000 tries, we finally got it lol @DenzelOkafor pic.twitter.com/xujlcTlo4B

OK, back to what they’re saying:

Last time Congrats to Big okie on signing today I am so proud of you, you're going to do big things! 😊@DenzelOkafor pic.twitter.com/eov1SrfI2h

@mccraryjohn Good versatility. #ESPN300 Denzel Okafor has as long of arms as one will see at his height. Think 2 will play a lot in '16-17

Had fun at the banquet yesterday and blessed to be Offensive Player of the Year! Will always be a Fighting Farmer! pic.twitter.com/VNtO2ICr1D

Arm length/reach that Jean Delance and Denzel Okafor will bring to the #Texas OL is really impressive. Okafor is quite underrated.

Texas golf climbs to No. 1 in the nation