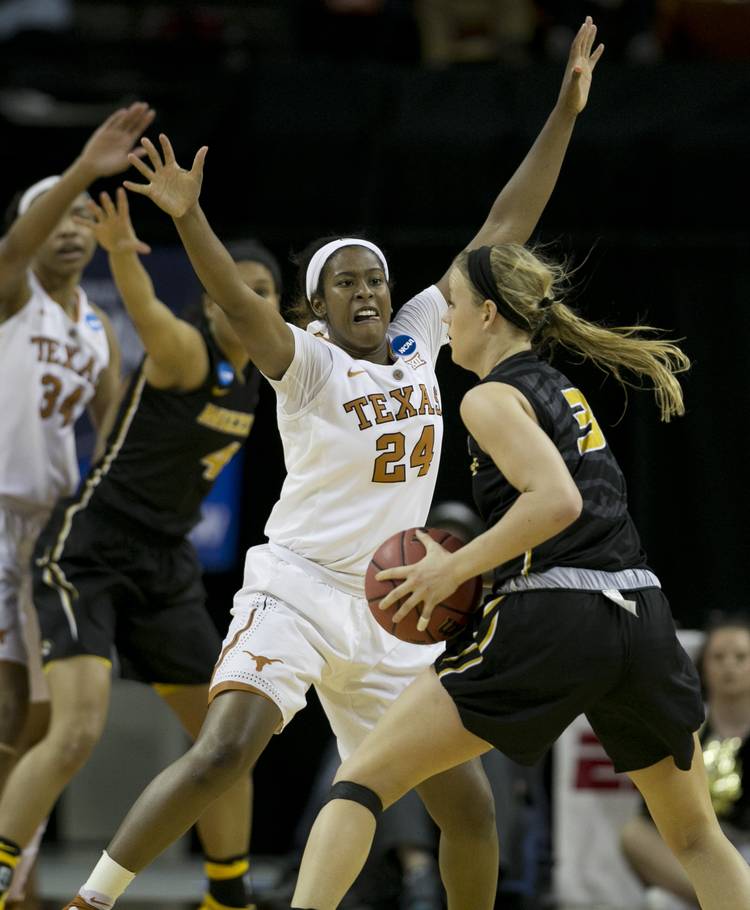 Note: Winner plays Connecticut or Mississippi State on Monday for a berth in the Final Four.

ABOUT TEXAS: The second-seeded Longhorns advanced to the Sweet 16 for the second straight season by defeating Missouri 73-55 Monday at the Erwin Center. Ariel Atkins led Texas in scoring, tying her career-high of 22 points. … The Horns have reached 30 victories in a season for the first time since 2003-04, when they earned a No. 1 seed in the NCAA Tournament. … Imani Boyette ranks 15th in the country with 2.97 blocks per game. … Freshman guard Lashann Higgs added 11 points in the victory over Mizzou, reaching double figures in scoring for the third consecutive game. … The Longhorns are 37-27 all-time in the NCAA Tournament (.578) and 12-4 when they are seeded second.

ABOUT UCLA: The third-seeded Bruins advanced to the Sweet 16 by defeating South Florida 72-67 Monday at Pauley Pavilion. Guard Jordin Canada, who had scored two points through three quarters, erupted for 17 in the fourth to help the Bruins triumph. … Nirra Fields ranks No. 4 on UCLA’s career scoring list with 1,863 points. She is tied for sixth — with former All-America guard Ann Meyers — with 36 20-point games. … UCLA has four players who were named to McDonald’s All-America teams: forward Ashley Hearn (2015), Canada (2014), forward Lajahna Drummer (2014) and Fields (2012). … The Bruins rank 31st in the country (out of 344 NCAA Division I teams) in scoring offense, averaging 74.1 points per game. … UCLA is 13-12 (.520) all-time in the NCAA Tournament.

Texas-UConn games will include 2017 contest at Erwin Center