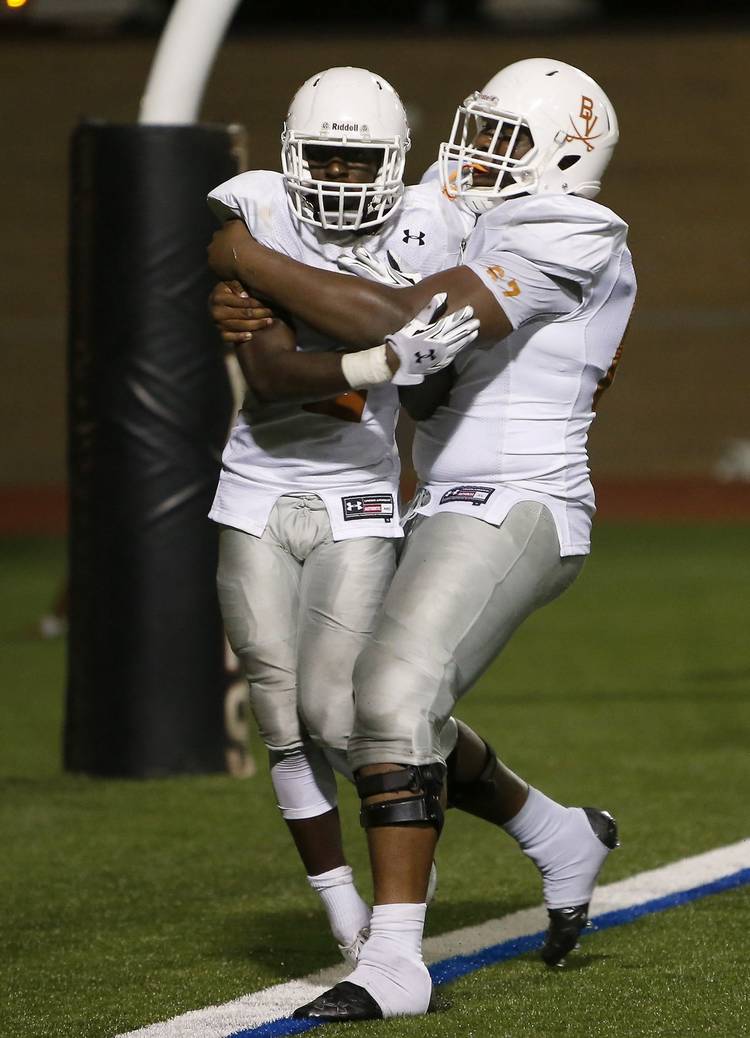 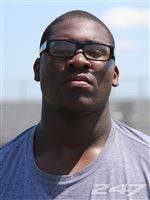 HOW HE GOT HERE: Imade largely was Joe Wickline’s get; it was his visit to Arlington last May that sealed the deal — Imade committed five days later. He had 19 offers in all, including Oklahoma, TCU, Texas A&M, Baylor and Michigan. The Wolverines’ offer came three days before Wickline’s visit.

AT ARLINGTON BOWIE: Earned honorable mention all-state honors as a senior, and first-team all-district kudos in 2014 and 2015. Bowie averaged 32.7 points and 419.5 yards a game his senior year, and 42.5 points and 534.5 yards a game his junior year. Imade also competed in track and field (shot put, discus).

THE NUMBERS GAME: Imade is one of 3 guards that Texas signed this year (Belton’s Zach Shackleford and Lewisville’s Denzel Okafor). Okafor’s a 4-star prospect, Shackleford and Imade were 3-star guys. In terms of national ratings, only tight end Peyton Aucoin (948th) and Shackleford (not ranked) were rated lower in this class. Bowie could run the ball; the team averaged 283.7 rushing yards per game last fall and 345.7 yards in 2014.

THEY SAID IT: “If you are 300 pounds, you are going to play for us this next season coming in as a true freshman.” — Vance Bedford, Texas defensive coordinator

1. Texas assistant of player personnel Justin Wright deserves kudos for helping land Imade. After the spring game, Imade and his father thought it was time to leave after they briefly spoke with then-offensive line coach Joe Wickline. Turns out that linebackers coach Brian Jean-Mary, who oversees recruiting, also wanted to talk with Imade. Jean-Mary sent Wright to go chase down Imade in the parking lot — about a half-mile away. “If he’s here running and sweating and losing their breath over me, yeah, I’m going to Texas,” Imade said. “He was balling and breathing hard. It was amazing.”

2. Imade wears size 14 shoes, which makes it hard to shop sometimes. Imade took care of that problem by working at Sketchers shoe store. As for size 14s, Imade said, “They only have a few. I got the last pair. They’ve ordered some more.”

3. Bowie coach Danny DeArman believes UT strength coaches can shape Imade into an even more formidable athlete. “He could come back and be 350 pounds and probably look like he weighs 315,” DeArman said. “I think he’s got the potential to play on Sundays eventually.”

Jordan Shipley finds his true passion (… or not)

Marquise Goodwin not giving up football to train for Olympics