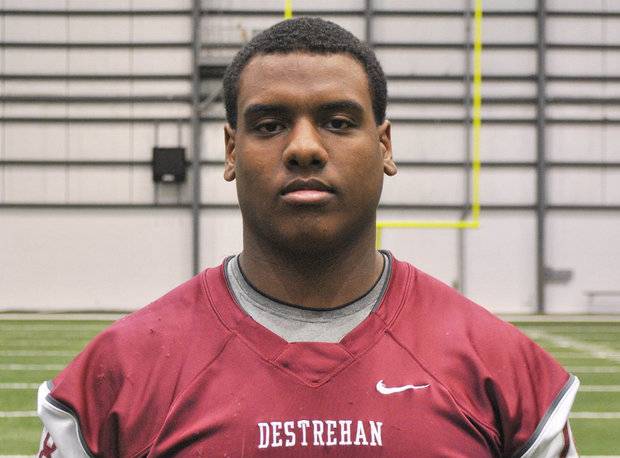 Gerald Wilbon is a big dude. At one point, he was banned from playing football by the St. Charles Parish recreation department because he was too big. But that size and his talent of playing football has led him to the University of Texas.

Think Gerald Wilbon is a NG or OG, so whatever, but would like to see Chris Daniels and Jordan Elliott stay as lean as possible.

#Longhorns DT commit Gerald Wilbon. Strong and physical at the point of attack. Done with his OV to #ATX #LetsRide https://t.co/XMyPfqSazp

Gerald Wilbon, a LARGE, quick DT prospect likely to fit in and be ready to play at NT…

BIG Gerald Wilbon, a Texas commit, gets to QB Mike Neal for another sack. #nolaprep https://t.co/l9DTpnPbOf

Report: Isaiah Taylor to declare for NBA Draft but not hire agent