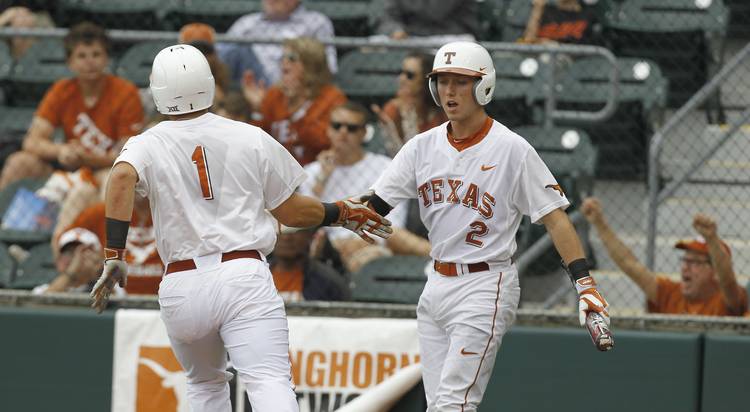 Kacy Clemens homered and doubled on his way to a career-high four hits. He finished the game 4 for 5 with two RBIs and two runs scored. Not to be outdone, Kody Clemens also homered as he went 1 for 4 and matched his brother in runs batted in with two.

Cooper (2-1) earned the win as he allowed one unearned run on four hits and struck out seven through six innings.

Jack Scudder had a home run and two RBIs for the Wildcats. Michael Smith went 2 for 4 with a triple and a run scored for Kansas State (13-18, 0-7).

The Longhorns took a 3-0 lead by the third inning before the Wildcats could respond. Kacy Clemens scored the first run of the night when Gurwitz singled to center field in the top of the second.  Kody Clemens put the Longhorns up by three with his two-run homer in the third.

An error in the bottom of the third allowed Smith to score to pull the Wildcats to within two runs.

Another run crossed the plate for Texas in the fourth to build the lead back up to three runs before Kacy Clemens hit his two-run homer to put the Longhorns up 6-1.

Scudder’s two-run shot against Travis Duke in the eighth pulled the Wildcats to within three runs, but Chase Shugart came to the mound and recorded four outs to earn his second save of the year.