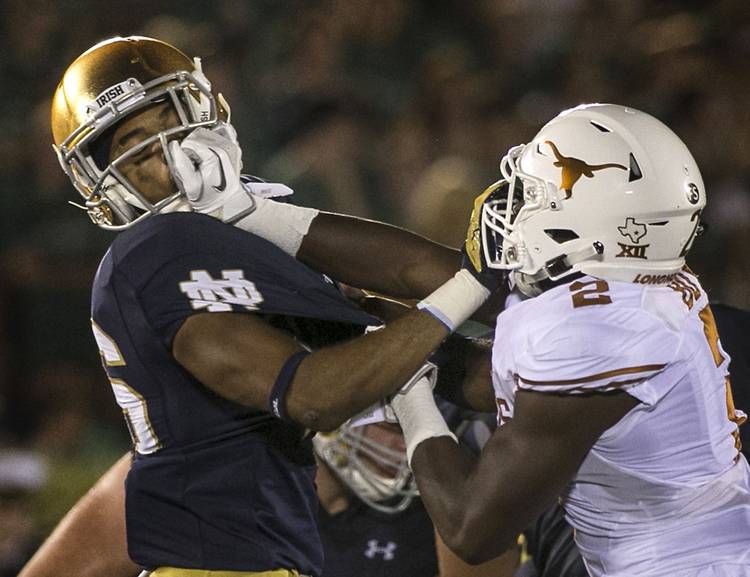 Sunday night football could be coming to Royal-Memorial Stadium.

Texas officials announced Friday the 2016 season opener against Notre Dame will shift to Sunday, Sept. 4, instead of the traditional Saturday game.

Kickoff time and broadcast network have yet to be determined. Although considering the matchup, it’s likely the game will be played at night.

“Having worked in both programs, I have a deep appreciation of the great football pride, tradition and passion at Texas and Notre Dame,” Texas coach Charlie Strong said in a statement.

“This is a game we’re obviously very excited about and really looking forward to. I think moving it to Sunday with no NFL games when it can really be in the spotlight will make it that much more special.”

Texas athletic director Mike Perrin said, “That’s a historic sporting event that fans worldwide want to see. This schedule provides a wonderful opportunity to play the game in an exclusive window so everyone can see it. We discussed it quite a bit and took into account all of the factors in making the decision.”

WATCH: Jordan Spieth birdies No.1 on Friday to extend his lead to 4 shots