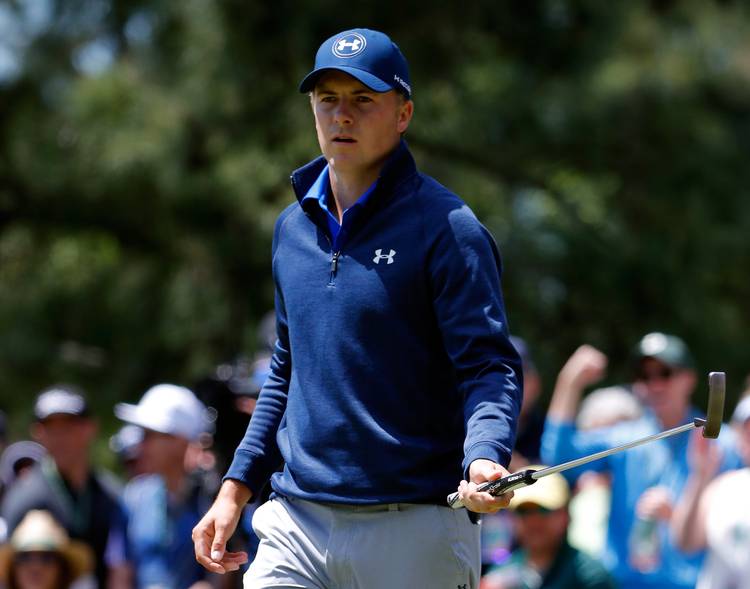 Jordan Spieth of the United States reacts after a birdie on the first green during the second round of the 2016 Masters Tournament at Augusta National Golf Club on April 8, 2016 in Augusta, Georgia. (Photo by Kevin C. Cox/Getty Images)

Former Texas Longhorn Jordan Spieth blitzed the field with a 6-under 66 in the first round of The Masters tournament to defend his 2015 title.

On Friday, he started right where he left off with a birdie on the first hole:

Watch @JordanSpieth birdie No. 1 to extend his lead to four strokes at the start of the second round of #themasters.https://t.co/QwrmIHIqgG

The Statesman’s Kirk Bohls is at Augusta all week, and here are his early thoughts on today’s round:

And of course Spieth birdies 1 to go to 7-under.

Jordan expands his lead to 3 and now has scoring hole, par-5 No. 2.