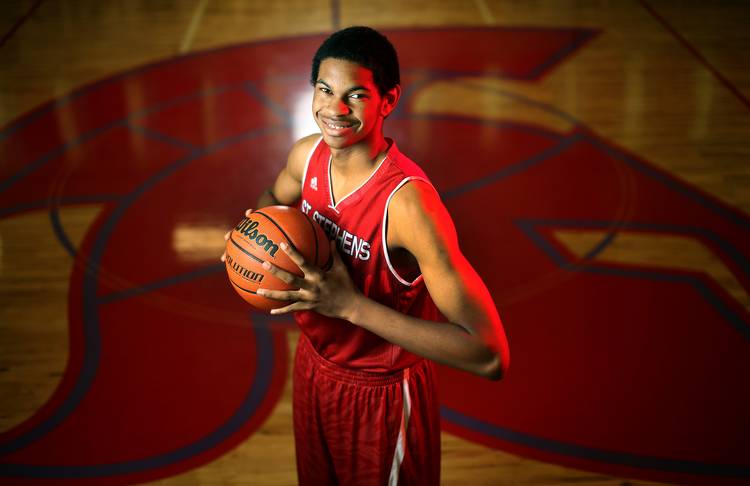 The No.1 recruit in the country, according to 247 Sport’s composite rankings, made his decision on Monday.

Michigan native Josh Jackson, who’s playing his final high school season at Prolific Prep in California, announced that he’ll be playing at Kansas next season, picking the Jayhawks over Michigan State and Arizona.

Next year I will be attending Kansas University 💙❤️ #RCJH pic.twitter.com/rmBiF85n4J

With Jackson’s recruitment over, Texas target Jarrett Allen becomes one of the four remaining 247 Sports top 25 recruits yet to sign (Thon Maker, the No.10-rated recruit, has decided he’s going to test the NBA market due to his age (19) and his time at a prep school this season).

Allen, a local product who started his high school career at Round Rock High School but became a McDonald’s All-American at St. Stephens Episcopal High School, is considering Texas, and reportedly very strongly. However, Houston, Notre Dame, Kentucky and Kansas are still in pursuit of the post player.

Allen has been playing his recruitment close to the vest, but he did tell the Statesman’s Kirk Bohls in March that the Longhorns’ blowout loss to the Jayhawks on senior night would have no impact on his decision.

USA Today weighed in on Allen’s recruitment, and brought up the fact that another 5-star recruit from Texas could impact Allen’s decision:

” …if Marques Bolden opts to go somewhere other than Kentucky it could help the Wildcats’ chances of landing Allen, the top-ranked center in the ESPN 100.”

Bolden is currently in the middle of a heavy-weight recruiting fight between Duke and Kentucky, but one that looks near the end as Duke recently had a scholarship opening this week.

However, the scholarship numbers and the minutes likely favor more playing time at Texas for someone like Allen, a 6-foot-9 post player. Not only is Kentucky running out of scholarships with its star-studded recruiting class, but Texas is losing three post players to graduation.

Even if Allen doesn’t sign with Texas, the Longhorns are still in the running for another un-committed 5-star recruit.

Dallas product Terrance Ferguson, No. 15-rated by 247 Sports, opened up his recruiting earlier this year after de-committing from Alabama. Ferguson  is being recruited by Arizona, Kansas, North Carolina and Baylor along with Texas. With Kansas (who 247 Sports had second in Ferguson’s prediction list behind Arizona) nabbing Jackson, the Jayhawks may lose ground.

After a a strong performance at the Nike Hoops Summit, Ferguson’s recruiting is getting even more intense, and he’s visiting North Carolina this week.