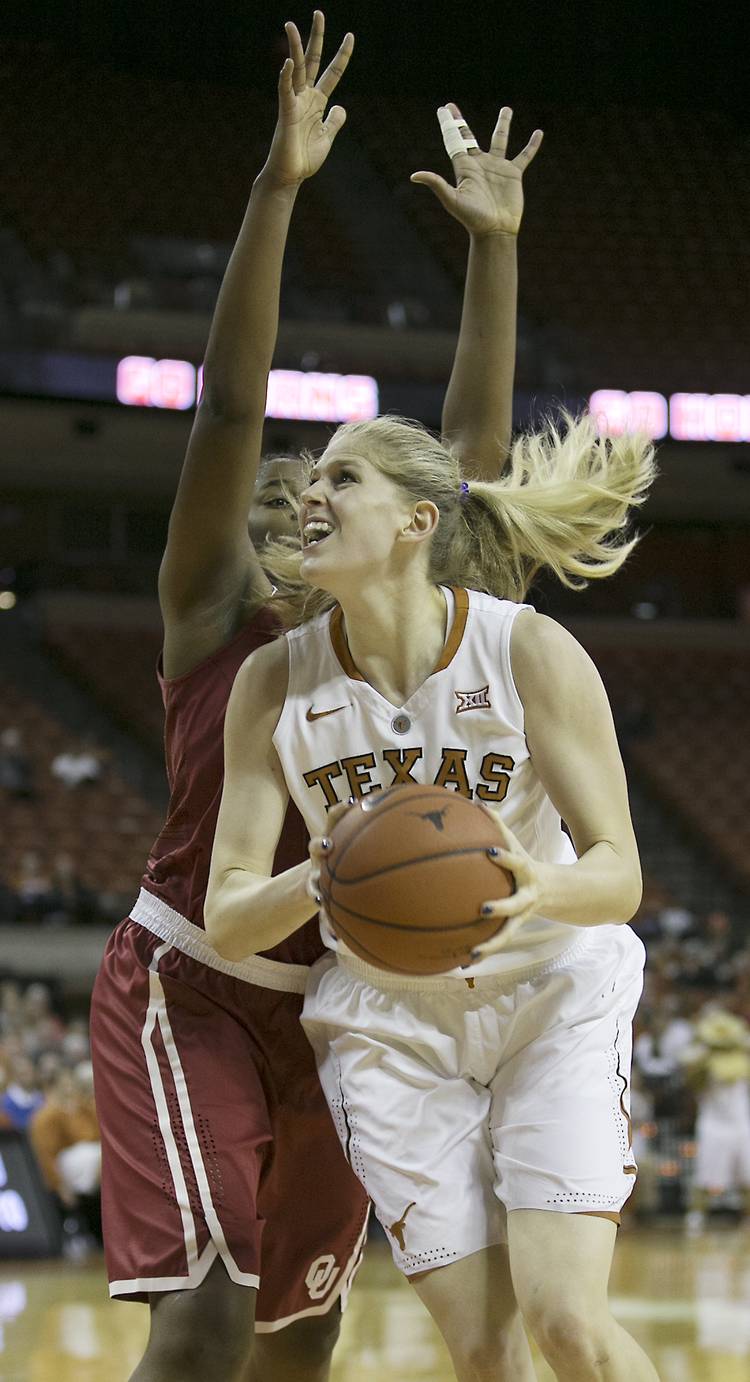 Texas' Sara Hattis drives to the basket against OU's Vionise Pierre-Louis during first half action.--The Texas Longhorns played host to the Oklahoma Sooners in a Big 12 game at the Erwin Center in Austin, TX Saturday January 23, 2016. RALPH BARRERA/ AMERICAN-STATESMAN

“We appreciate all Sara has given to our basketball program and Texas athletics in general,” Texas head coach Karen Aston said. “Sara’s work ethic and positive attitude have been assets in our gym every day. We wish her the best as she pursues her graduate degree and completes her college basketball career.”

The 6-4 Longhorns from Rio Rancho, N.M., played in 26 of UT’s 36 games this season, averaging 6 minutes a game. She scored a career-high 9 points against Sam Houston State on Dec. 29. She also played in three of four games in the NCAA Tournament, helping the Horns reached the Elite Eight for the first time since 2003.

Hattis has not decided where she will transfer.