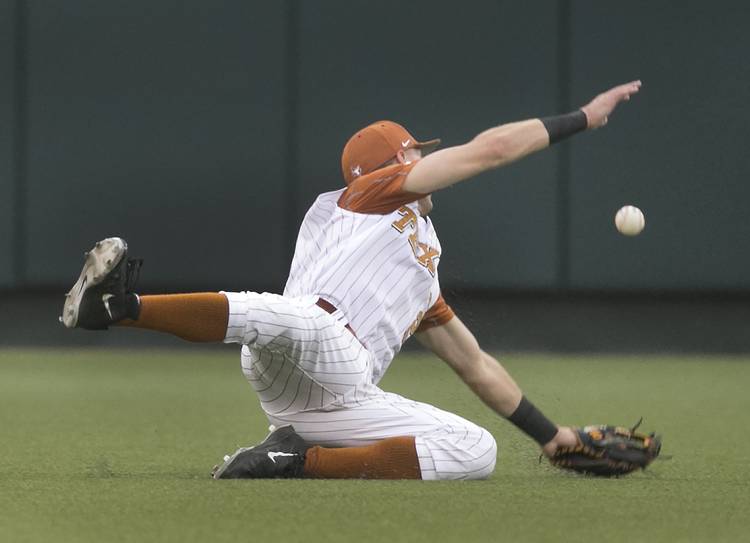 The Texas Longhorns dropped their third straight midweek game as they fell to the Houston Cougars 3-2 on Tuesday night at Constellation Field in Sugar Land.

The Longhorns played as the home team on the home field of the minor league Sugar Land Skeeters, but they couldn’t halt their midweek woes. Last week they fell to Texas A&M-Corpus Christi 5-0 a week after losing to Lamar 4-2 the previous Tuesday.

A seventh-inning RBI single hit off of Nick Kennedy (0-1) by Justin Montemayor proved to be the difference as the Longhorns dropped to 14-19 on the year. Houston improved to 20-12 with the win.

Trey Cumbie improved to 1-1 this season as he allowed one run on three hits through 3 1/3 innings for Houston.

The Cougars took a 2-0 lead in the top of the third inning with RBI singles from Michael Pyeatt and Corey Julks. Both runs were charged to Texas starter Connor Mayes. He allowed those two runs on five hits through 2 1/3 innings pitched. He struck out two and walked one batter.

Tres Barrera and Zane Gurwitz accounted for the Longhorns’ two RBIs. Gurwitz hit an RBI double in the fifth inning to cut the lead to one run before Barrera hit into an RBI fielder’s choice in the next inning to tie the game.

After the Cougars took the lead the Longhorns were unable to get anything going offensively. Nick Hernandez came on in the eighth inning to pick up his sixth save of the year for the Cougars. In the bottom of the ninth he struck out two and forced a fly out.

The Longhorns will try to get back on track in a home series against the Kansas Jayhawks beginning on Friday at 6 p.m.