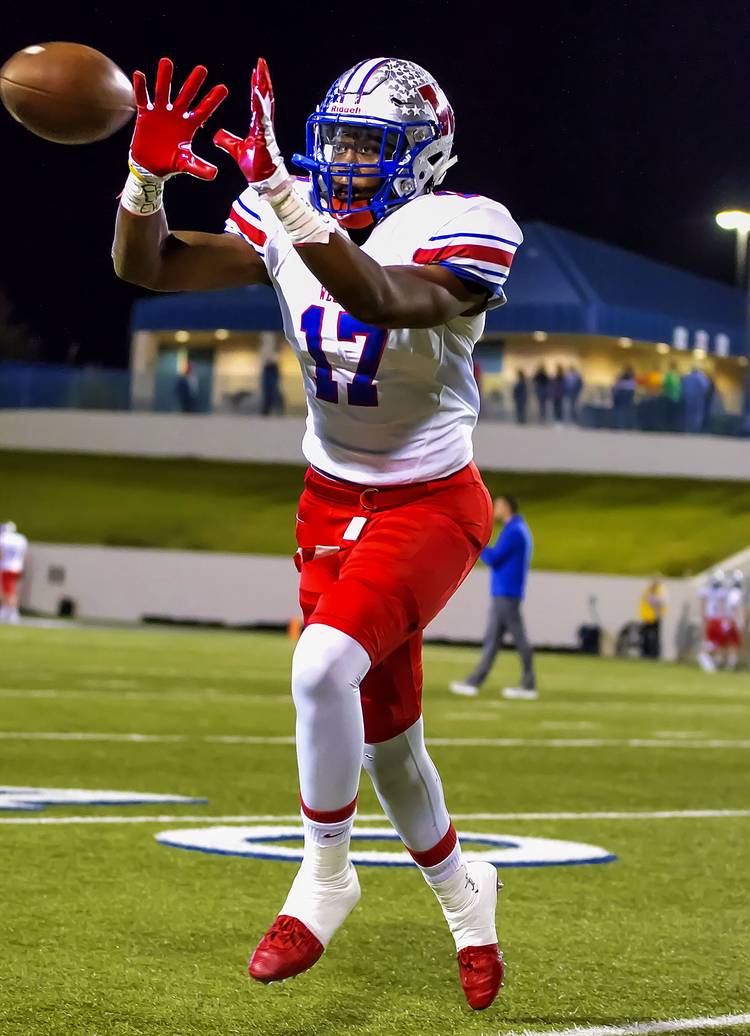 39. Laviska Shenault, WR, DeSoto (6A), 6-1/195, Undecided — linebacker trapped in a receiver’s body. Shenault is always looking for a physical confrontation and frequently lines up on the line at tight end.

34. Earnest Brown, DE, Denton Ryan (6A), 6-5/233, Committed to Northwestern — ferocious pass-rusher, who played on the inside at Denton Ryan. His commitment to Northwestern was curious as Brown holds offers from all of the big instate schools.

33. Kary Vincent, CB, Port Arthur Memorial (6A), 5-11/170, Undecided — on the small side and just a so-so tackler, but Vincent’s one of the two or three fastest guys on the list. Some coaches might prefer that he play slot receiver.

32. Jalen Reagor, WR, Waxahachie (5A), 5-11/182, Committed to Oklahoma — a home run threat with uncanny awareness for where defenders are approaching. If he was bigger, he might be a top 10 choice.

31. Levi Jones, OLB, Westlake (6A), 6-3/215, Undecided — fierce pass-rusher whose gangly frame is screaming for another 30 pounds. Could eventually bulk up and play with his hand on the ground.

Episode 7 of On Second Thought: Breaking down the Orange-White scrimmage