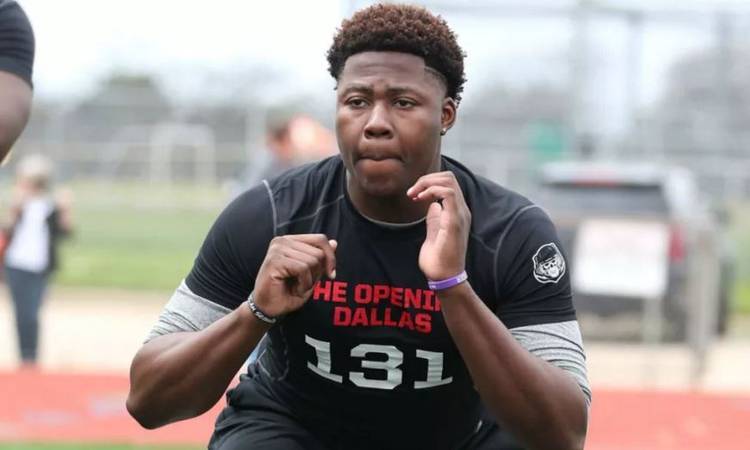 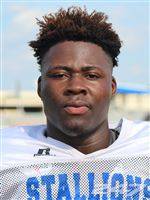 HOW HE GOT HERE: It was assumed Delance would sign with Oklahoma — he committed to the Sooners way back in November 2014 — but he de-committed in March 2015 after the racist video scandal involving an OU fraternity broke. Texas A&M, Michigan and Alabama tried to scoop him up, but Delance committed to Texas on Jan. 2, one month before signing day.

AT NORTH MESQUITE: Missed most of his sophomore year because of disciplinary reasons, but earned all-state honors his junior and senior seasons. As a senior, he was invited to play in both the Under Armour All-America Game and the USA Football International Bowl, and was a first-team pick on USA Today’s All-USA Texas squad. North Mesquite went 10-3 last season.

DELANCE’S BEST GAME — SO FAR: As the anchor of North Mesquite’s offensive line, he helped pave the way for a 423-yard rushing night against Arlington Sam Houston last fall.

THE NUMBERS GAME: Texas signed 4 offensive linemen this year, but only 1 tackle — Delance. Recruiting sites all seemed to be on board with him; Delance was rated the nation’s No. 6 tackle by Scout, No. 13 by ESPN, No. 12 by 247Sports and No. 13 by Rivals.

1. Delance will get where he wants to go. He usually woke up and walked to school for summer workouts. Then he’d walk under the Interstate 635 overpass to go work at Champs Sports at Town East Mall in Mesquite. He wasn’t afraid to walk anywhere. However, his mother, Altavia Delance, usually picked him up after work.

2. Texas coach Charlie Strong essentially ordered Longhorns linebacker Malik Jefferson to recruit Delance. “Yeah, Coach said, ‘Malik, you better get this dude from right down the street.’” Delance said. Jefferson and DeAndre McNeal both attended Mesquite Poteet, which is only 1.4 miles away from North Mesquite.

3. Delance has twin brothers who are eighth graders — Jalen and Javen, who are 14. Jalen is into football and throws the shot put, and also plays right tackle and defensive tackle, “so I’m waiting to see how that plays out,” Altavian Delance said. Javen likes music and art.