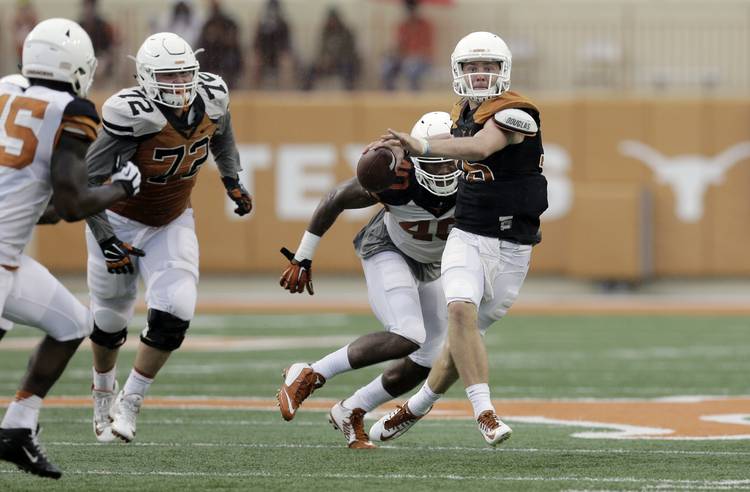 Charlie Strong doesn’t sound like a coach who’s ready to shut down his team’s battle at quarterback.

The best guess is Strong and offensive coordinator Sterlin Gilbert will spend a week or two in fall camp further evaluating the competition before declaring a starter for the season opener against Notre Dame. Buechele, who in the spring game threw for 299 yards and two touchdowns, appears to be distancing himself from veterans Tyrone Swoopes, who was so-so on Saturday, and Jerrod Heard, who sat out with a shoulder injury.

Strong removed any doubt of Buechele redshirting and said the true freshman will play this fall.