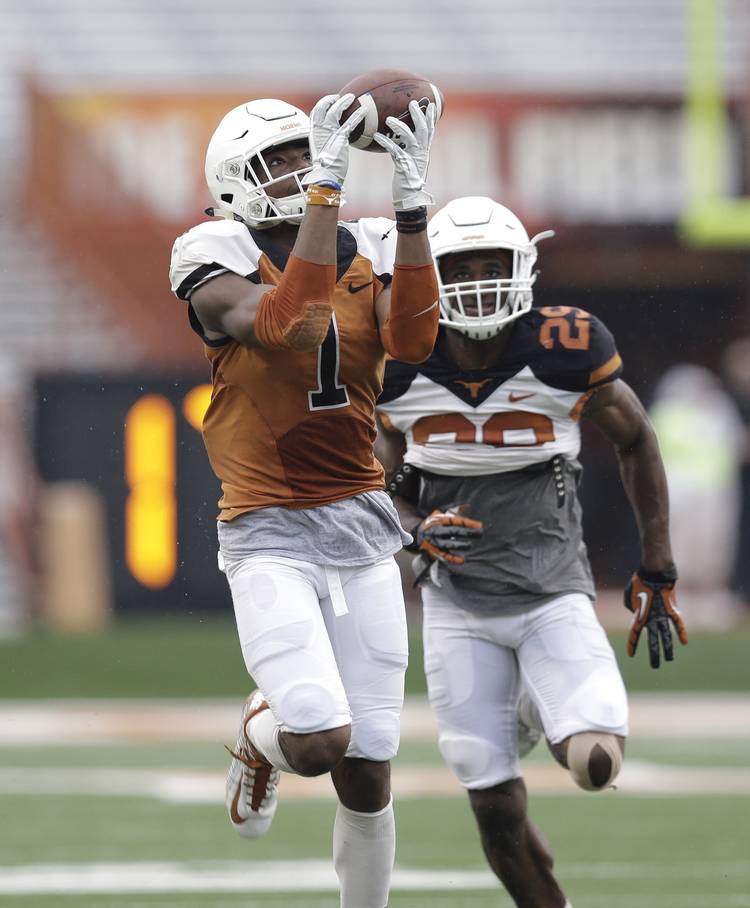 Unlike his predecessor, new Texas assistant Charlie Williams is free to focus his efforts solely on coaching the team’s wide receivers.

That seems obvious for someone who was hired to the title of receivers coach, but Jay Norvell, who came before Williams, didn’t have that luxury in 2015 after he was summoned after one game to take over as play-caller. Instead of trying to steer Armanti Foreman out of his slump or figuring out what he had in DeAndre McNeal, Norvell was building game plans around Jerrod Heard’s legs and revamping the offense.

As could be expected, the rudderless receivers flopped and caught just seven touchdown passes. Combined with the tight ends, Texas’ pass-catchers totaled just 1,751 yards — more than 1,000 fewer than their opponents.

Tasked with squeezing more production out of this unit is Williams, a veteran coaching assistant who was looking for work after the Indianapolis Colts parted ways with him after last season. There is quantity with receivers accounting for 13 of the team’s estimated 85 scholarships. But is there quality to go with it?

2016 freshmen: Johnson, of San Jose, headlines a four-receiver class that also includes Manvel’s Reggie Hemphill-Mapps, Temple’s Davion Curtis and Southlake Carroll’s Lil’Jordan Humphrey. Assuming none of the returners opt to transfer — and that’s a big if considering the logjam at the position — camp will open with 13 scholarship receivers. The newcomers will get ever opportunity to surpass the veterans for playing time. At tight end, Peyton Aucoin, who was basically a sixth offensive lineman at Brother Martin in New Orleans, is probably ticketed for a redshirt.

2015 review: It wasn’t pretty for the receivers, who combined for just seven touchdown catches in 12 games. Frankly, they didn’t get enough blame for the team’s inoperable passing attack, and instead, daggers were directed at the quarterbacks. Daje Johnson’s 37 receptions led the team, but that total is misleading as many of them came on glorified handoffs on speed sweeps. Only 10 teams threw for fewer yards than Texas, and that list includes run-dominated Georgia Tech, Air Force, Navy and Army.