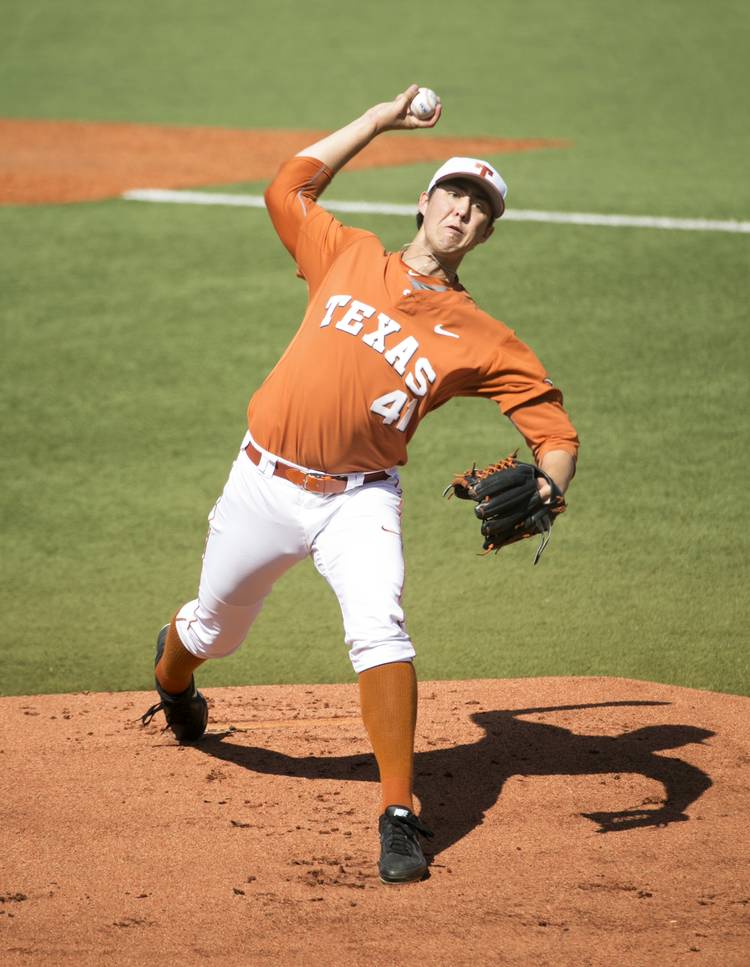 Where it went wrong: Ahead 5-0 after three innings, Texas gave up two runs in the fourth, three in the fifth, one in the sixth and seven in the seventh all while not scoring anymore themselves. All three outfielders had a mistake that led to the avalanche. In the fifth, Travis Jones couldn’t catch a ball in left that was ruled a double, and on the next at-bat Patrick Mathis dove for a ball in right that he couldn’t get to, turning a single into a triple for Eric Gutierrez. Center fielder Tyler Rand added a fielding error in the seventh.

The starter: Morgan Cooper was in control until the fourth when he gave up two runs and needed 34 pitches to get through the inning. He struggled again in the fifth, walking one and surrendering a two-run double to Tyler Neslony that dropped out of Jones’ glove in left field. That was the final batter Cooper faced, and he failed to get past the fifth inning for the fourth time in five Big 12 starts. On the night, Cooper gave up five runs (four earned) on six hits in 4 2/3 innings. He struck out seven.