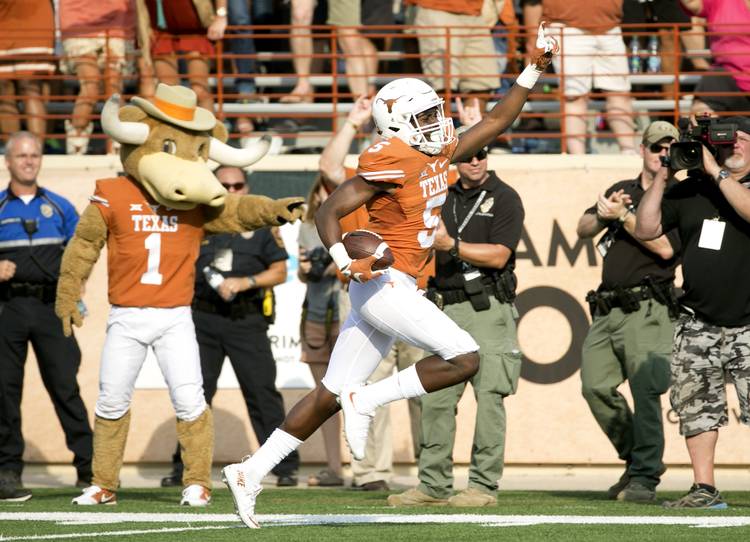 This week, CBS Sports took on the task of determining which college football program warrants the title of DBU.

Texas has long claimed that distinction, and sure enough, the Longhorns came out on top, earning more points than anyone for NFL starts, Pro Bowl selections, and draft picks and first-round selections.

So the accreditation remains intact, at least more one more year. Entrusted to continue the tradition is a young crop of players, which includes six sophomores, two juniors, and seniors Dylan Haines, Kevin Vaccaro and Sheroid Evans. Joining them are three 2016 signees, including Nacogdoches’ Brandon Jones, the nation’s top safety.

Tasked with squeezing potential out of the group is new assistant Clay Jennings, who comes from Arkansas to take over for the popular Chris Vaughn, who Texas pushed out over his alleged involvement in a scandal at Ole Miss.

2016 freshmen: No safety job is safe once Brandon Jones gets onto campus. The nation’s top-ranked safety will probably be on the field as early as the opener against Notre Dame. It’s anyone’s guess how high he’ll ascend from there, but if his transition is smooth, multi-year starters Haines and Hall won’t have much room for slippage. Also, cornerback Eric Cuffee, of Waco, will probably be needed for depth to offset the transfers of Bryson Echols and Jermaine Roberts. At safety, Alief Elsik’s Chris Brown looks to be a redshirt candidate or a special teams contributor.

2015 review: Within a month or so it became apparent freshmen Holton Hill and Davante Davis were the team’s best cornerbacks. Learning on the job, they had some successes and both of them were named honorable mention All-Big 12. Haines and Hall were the mainstays at safety, silencing the hype that engulfed freshman DeShon Elliott, who never became more than a special teamer after suffering a fluke injury in camp as a spectator to a Bull in the Ring battle. The secondary’s best player, Duke Thomas, might have also been the MVP of the defense. He’s got a decent shot to be taken in this week’s NFL Draft.