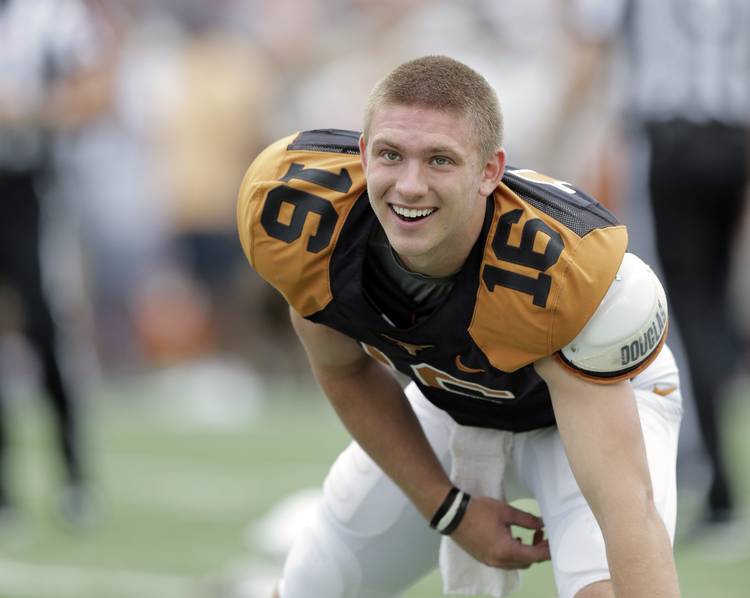 Despite winning just five games in 2015, many people are expecting big things from Texas this fall.

Those people include the Sporting News, which placed Texas at No. 24 in its preseason Top 25. The Longhorns slide in one spot ahead of TCU and one spot below Arkansas.

In addressing its selection of Texas, the magazine wrote the following:

This is a big year for Charlie Strong at Texas, and it starts at quarterback. Will he turn the job over to freshman Shane Buechele ahead of Tyrone Swoopes and Jerrod Heard? The Longhorns had a strong recruiting class and the defense can build around Malik Jefferson, and the schedule is a little friendlier this time. Will the Longhorns break out?

Texas opens the season against No. 10 Notre Dame in Austin. In all, the Horns will face five teams on the list including No. 3 Oklahoma, No. 5 Baylor, No. 16 Oklahoma State and No. 25 TCU.

Alabama is No. 1, one spot ahead of Clemson, which the Crimson Tide defeated last season to win the College Football Playoff.